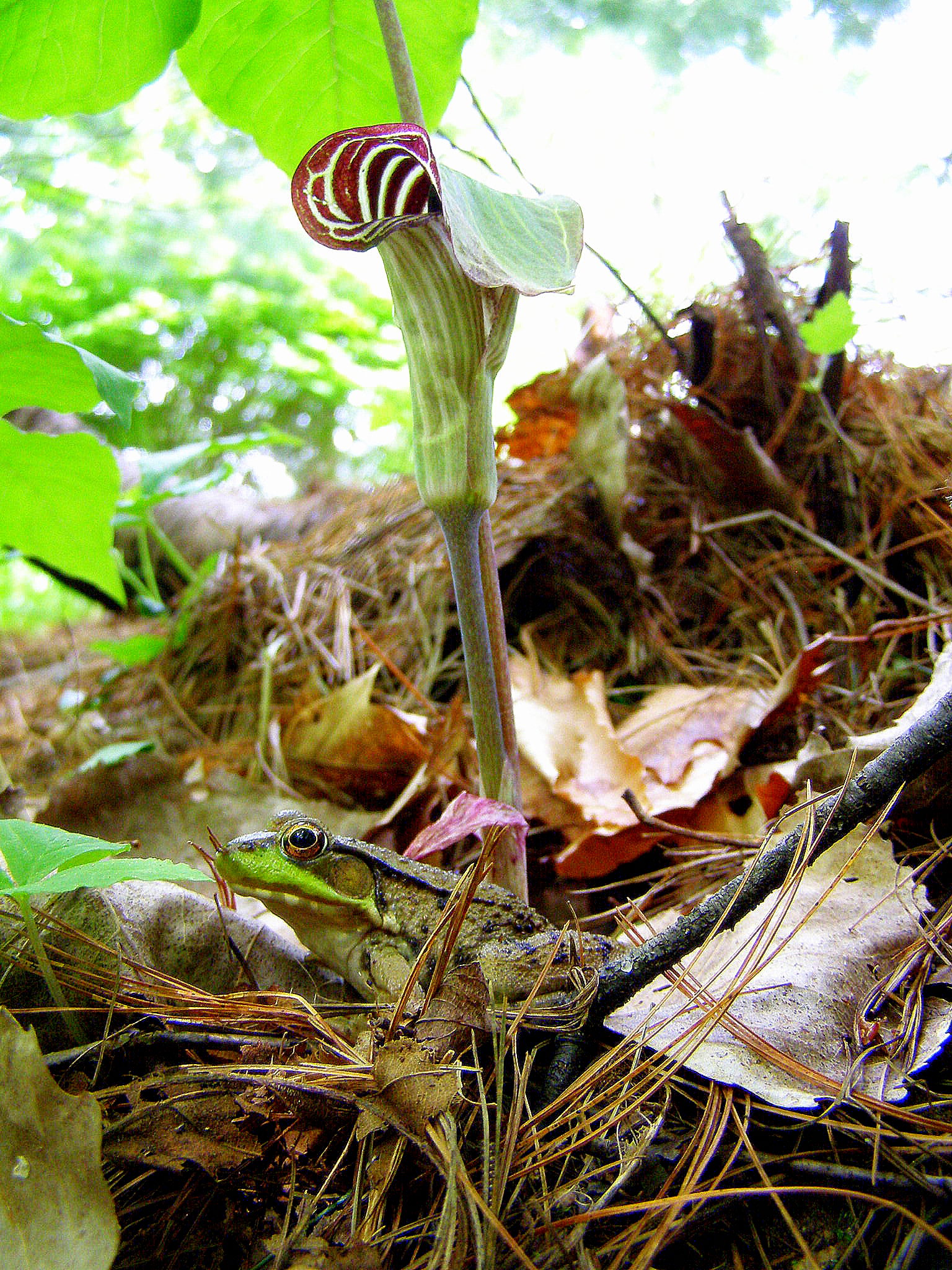 While exploring spring ephemerals, think about how these fleeting flowers have influenced artists across the centuries. Take, for instance, Jack-in-the-Pulpit, a common spring wildflower that can be seen in the deciduous woods of Western Massachusetts. It is native to the Northeastern United States and flowers from April to June. In 1930, artist Georgia O’ Keeffe created a series of 6 paintings of this flowering plant while on Lake George in New York. The National Gallery of Art owns five of these six paintings. Looking at the painting, how does the artist choose to represent the flower? Remember, this flowering plant is quite small; how does the artist create a sense of drama and intensity that may often be overlooked when coming across the plant on a woodland walk?

Are there any other wildflowers you can think of that have influenced artists? Take a moment to consider why flowers are so appealing to humans. Is our attraction to flowers emotional or practical? For the honeybee, flowers are a source of food. What do they signal for humans? Could it be for the same reason? Other reasons?

As summer approaches, the buzzing of bees and the appearance of butterflies and hummingbirds reminds us of how these creatures are all part of a symbiotic life cycle that is happening around us in the natural world.

Honeybees are an important part of our agricultural system as they pollinate a significant number of crops that we rely on for food sources. They also produce honey, one of the oldest known forms of sugar. In fact, there are cave paintings in the Araña Caves of Valencia, Spain, that include an image depicting a hunter dangerously attempting to gather honey from a cliffside hive. The painting is estimated to be about 15,000 years old and was discovered in the early 1900’s. It speaks to the human fascination with honey and how it was prized as a food source.

In early America, the custom of “telling the bees” was practiced as a tradition brought over from Europe. After a death in the family, the beekeeper would “tell the bees” so they too could enter proper mourning. It was thought that otherwise the bees might not produce honey or leave the hive to pollinate our crops.

Many poets have been influenced by this custom. John Greenleaf Whittier, a poet previously featured in the September/October Season issue of Learning Ahead, describes the practice in his poem, “Telling the Bees,” and even more contemporary poets, including Deborah Digges and Lizette Woodworth Reese, have also taken the name of this practice to title and inspire their work.

“It fell to me to tell the bees,
though I had wanted another duty—
to be the scribbler at his death,
there chart the third day’s quickening.
But fate said no, it falls to you
to tell the bees, the middle daughter.”

← Home Schooling vs Remote Learning
Nature-Based Learning: Learning through the Lens of Lilac →