Posted on August 6, 2019 By Hilltown Families

Late-Summer People-Watching as Inspiration for Young Writers and Thespians 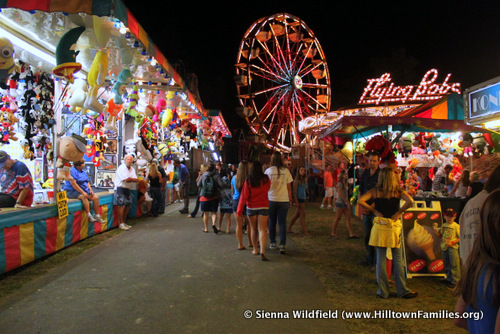 A fun way to learn about a local culture, people-watching can serve as a great tool for young writers and thespians too! The observations made in a particular context can help inspire or contribute to the development or portrayal of a character. Visit some of our suggested people-watching locations!

Inspiration can come in many forms for young writers and creators, and the sparks that ignite the creative process can sometimes come from unexpected places. Often, inspiration can come from experience, allowing works to be created as a result of personal experience, but other times, inspiration needs to come from external sources. A great (and always accessible) source of inspiration is people-watching – an activity that can lead to everything from laughter to critical and reflective observations about human nature.

People-watching is especially useful for young writers and thespians, as close observation of human behavior can help with character development in writing, and can help actors, directors, and costume designers draw from experience when portraying characters from a story. Best when done in a situation in which you are not directly involved, people-watching can allow those to participate to gather useful information about how people move and talk, as well as the choices that they make, the clothes that they wear, and the people who they associate with. People-watching can feel a bit like judging people, but when observations are made through careful, critical thought, they are much more useful than the snap judgments that are sometimes made at first glance, and an excellent way to develop an appreciation and acceptance of the wonderful diversity found in our communities.

The most successful people-watching is done when the watcher is removed from the activity being observed. Places with large crowds make for the best people-watching, as it is very easy to watch while staying out of the action. People-watchers should be sure to bring a small notebook with them, in which to write thoughts and observations. A session of people-watching could be open-ended, or could be centered around the task of developing a specific type of character. With goals in mind, writers and thespians can gather notes on a specific type of person; without a specific goal, participants may gather general information, or could discover numerous sources of new inspiration with which to create numerous new characters.

Whether or not an agenda exists for a day of observation, some great summertime people-watching venues include:

Agricultural fairs, where observers can watch community members participate in an age-old part of western Massachusetts culture. Observation at fairs can be centered around the search for the ways in which attendees act out local culture – try searching for mannerisms, expressions, or even accents that tie your subjects to the place in which they live. If there is a midway, what are the expressions of a ride-goer when coming off a ride.  What are people eating? Are they choosing a funnel cake or a community meal? Who are they with? Are they together as a family, a couple, or a gang of teens?

Beaches, where care observation of the ways in which people interact with the natural world (or not!) can take place. Watch carefully to see if anyone on the beach seems uncomfortable, and see if you can identify why (hot sun, sandy shoes, cold water, etc.). What might they be excited about finding when beachcombing? Are they sunbathing alone or building an epic sandcastle with friends?

Busy restaurants, where the things that people order and the way that they order them can speak volumes to their personality and worldview. Observations may include watching how people welcome their entrees, how they treat their server, who they are dinning with, and what table manners they may practice. Are they taking leftovers home? How do they express their gratitude of a full belly?

Libraries, where people-watchers can observe the ways in which patrons browse and make decisions about books, the questions they ask librarians, and conversations neighbors have when crossing paths amongst the stacks. Observations can also be done of readers’ behavior while they read, and of the ways in which people read to each other.

Museums, where people’s thoughts are often displayed right out in the open on their faces! Carefully watch visitors observe an exhibit and use clues from their body language, facial expressions, and general behavior to determine how they feel about the information being presented. Are they pondering a painting, quickly passing by a sculpture, leaning in closely to observe a detail, or engaged in an interpreted tour with a museum docent?