Posted on December 7, 2018 By Hilltown Families 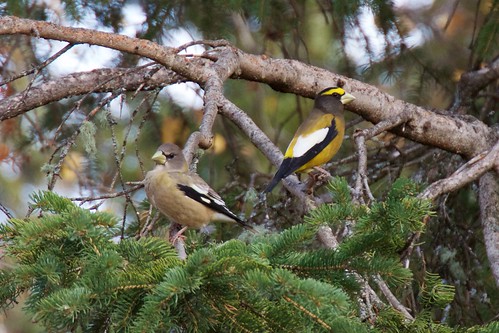 Ornithology to Language Arts. Citizen Science to Placemaking. Dickinson to Dickens. These are just a few of the community-based learning highlights we’re featuring this week. Peruse our list below and make plans to get out into your community and learn while you play!

A fun holiday tradition, caroling events are wonderful intergenerational events that explore choral music with your family and friends. With many songs sung during the holiday seasons rich in history, there is much to learn, plus it’s good for your health and wellness! Download our Nov/Dec issue of Learning Ahead: Cultural Itinerary for Western Massachusetts to discover more about these annual events listed below.

CITIZEN SCIENCE: AUDUBON’S CHRISTMAS BIRD COUNT
For more than 100 years, Audubon’s Christmas Bird Count, the longest-running wildlife census, has fueled science and conservation action. Each winter, citizen scientists gather in 15-mile-wide circles, organized by a count compiler, and count every bird they see or hear. Their hard work provides valuable insights into population trends for many species that would otherwise go unnoticed and undocumented. This year the count will be conducted between the dates of Friday, December 14, 2018, through Saturday, January 5, 2019. Counting events are open to birders of all skill levels, and Audubon’s free Bird Guide app makes it even easier to chip in. For more information and to find a count near you visit www.christmasbirdcount.org., or type in your zip code here to find an organizer in your area.

EVENT: COUNTING WINTER BIRDS
Saturday, December 8, 10-11am
While many birds migrate south for the winter, many of the most distinctive and beautiful birds in our area stick around, such as Cardinals and Blue Jays. Local children’s author Heidi Stemple will be discussing winter birds, as well as the citizen science program mentioned above. This program is designed for children and their parents or caregivers. The Hitchcock Center for the Environment. 845 West Street, Amherst, MA (FREE)

EVENT: STORYHOUR
Saturday, December 8, 2-3pm
Award-winning authors Jane Yolen and Heidi Stemple will be reading from their new children’s books, which are all about birds. Yolen’s Crow Not Crow tells the story of a father teaching his daughter about bird watching and, Stemple’s Counting Birds is about the Audubon Christmas Bird Count. Bird-related activities will follow this reading and book signing. The Eric Carle Museum of Picture Book Art. 125 West Bay Road, Amherst, MA (FREE W/MUSEUM ADMISSION)

SELF-INITIATED LEARNING: BIRD CAMS
From nesting Atlantic Puffins in Maine to Arizona’s hungry hummingbirds, you can follow along live 24/7.

SELF-INITIATED LEARNING: LANGUAGE ARTS
Western Massachusetts is a treasure trove for community-based studies of literature and literary history! Including historic homes, local landmarks, beautiful trails, and more! Here in the western half of the state, community-based educational resources to explore American literary history are plentiful. In addition to the Emily Dickinson Museum, check out this post for more community-based educational resources for literacy learning: 10 Resources for Literary Learning in Western MA.

SELF-DIRECTED LEARNING: EMILY DICKINSON
Emily Dickinson is one of Western MA’s greatest literary celebrity. By the time she turned 35, she had produced more than 1,100 of the 1,789 poems we know of today! Her mark on American literature and the town of Amherst, MA will never be forgotten.

EVENT: 188th BIRTHDAY CELEBRATION
Saturday, December 8, 1-4pm
Fans of Emily Dickinson are invited to what was her home (now a museum) to celebrate her 188th birthday, this Saturday, with live music and cake. The Emily Dickinson Museum. 280 Main Street, Amherst, MA (FREE)

SELF-INITIATED LEARNING: EMILY DICKINSON MUSEUM
During tours of the Emily Dickinson Museum in Amherst, MA, guides share the details of Dickinson’s life and those of her family, while giving intimate glimpses into her work. Visitors learn about Dickinson’s writing style, her unique grammatical approach, how she revised a poem and bound over 800 of her complete poems into fascicle books, and how her poems were discovered, and eventually published to worldwide acclaim, after her death in 1886. Tours of the Homestead conclude with a chance to read Dickinson’s poems in her home, or under the shady cover of her great White Oak tree. In addition to regular tours, the Museum also offers group tours that can be adapted to suit visitors’ interests. Learn more about all of the Museum tour options at www.EmilyDickinsonMuseum.org/visit.

SELF-DIRECTED LEARNING: PSYCHOLOGY
When you think of Ebenezer Scrooge, what comes to mind? Miserliness? Misanthropy? Maybe even cynicism? What made him this way? Was it because he was sent away as a boy by his father, leaving him feeling unwanted and unloved? Maybe it was the death of his sister, his only source of solace as a young man? — What makes someone cynical? What’s behind the mask that is the truth of their human needs? Learn about the psychology of cynicism and then think about how Ebenezer Scrooge became, well, a scrooge, and what warmed his heart in the end. (Spoiler alert: kindness has the power to rekindle hope and fulfillment.)

EVENT: A CHRISTMAS CAROL
Sunday, December 9, 2-3:30pm
Charles Dickens’ 1843 novella A Christmas Carol has become an important part of Christmas culture, but did you know that it played a huge role in creating the Christmas holiday as we now know it? While we may think of Christmas trees and carols as a vital part of the holiday, these elements did not exist before the 18th century and were not widely popular until the mid 19th century. A Christmas Carol is credited with popularizing these customs. The Silverthorne Theater Company will be performing an adaptation of A Christmas Carol as a 1930s radio show. Hawks and Reed Performing Arts Center. 289 Main Street, Greenfield, MA ($)

SELF-DIRECTED LEARNING: FILM STUDIES
Genius filmmaker Ingmar Bergman intended 1982’s Fanny and Alexander to be his final film before retiring. As he remarked to the press around that time: “I don’t have the strength any more, neither psychologically nor physically.” Thus Fanny and Alexander was meant in some ways to be his magnum opus. A massive, sprawling epic, which in its original form is one of the longest cinematic films of all time at 312 minutes, it tells the story of two siblings and their family in Sweden at the dawn of the 20th century. Largely autobiographical, the main characters are based on Bergman, his sister, and father. Like all of Bergman’s films, critics and scholars have endlessly debated the complex constellation of themes and ideas, as well as the rich, symbolic imagery. Central to the film is the conflict between fantasy and reality. Seen primarily through the eyes of the child Alexander, based on Bergman himself, the reality of the world is consistently refracted through the lenses of imagination, dream, and half-forgotten memory. As August Strindberg writes in his 1902 play A Dream Play, which itself has a significant role in Fanny and Alexander: “Anything can happen, all is possible and probable. Time and space do not exist. On an insignificant foundation of reality, imagination spins out and weaves new patterns”. In other words, the film portrays the world as Alexander the child perceives it. Conflicts acquire an epic, biblical scope, trivialities and accidents are suffused with supernatural importance. Part of Bergman’s genius is in being able to present such a vision without any of the dismissiveness, which unfortunately so often characterizes the responses of adults to the richly symbolic imaginative world of children. While the film’s philosophical density has intimidated some critics, for many, Bergman’s staggering use of color and visual warmth is enough to rank it among the greatest films of the modern era.

EVENT: FAR OUT FILM DISCUSSION
Monday, December 10, 7-9pm
If you are interested in discussing Fanny and Alexander don’t miss this meeting of the Far Our Film Discussion! Like a book club, watch the movie beforehand and then get together with members of the community to discuss. Copies of the film will be available in the Forbes Library Reference Dept. and the Arts and Music Dept. Forbes Library. 20 West Street, Northampton, MA (FREE)

SELF-INITIATED LEARNING: CHORUS
It’s no secret that music is good for your brain. A Chorus America study found that, while participation in a chorus has benefits for everyone, it seems to have a particularly meaningful effect on children. Children who participate in a chorus were found to achieve more highly in school compared to classmates who weren’t involved in chorus – a statistical representation of the deep learning that chorus participation promotes. Singing together with family, neighbors, and friends is one way of enhancing children’s language learning. Read more in our archived post, “Christmas Singing for Language Skills.”

SELF-INITIATED LEARNING: HISTORY
Did you know that many of our holiday customs have origins from the Victorian era?  From caroling to plum pudding, many of our modern day traditions can be traced back to the Victorian age. Learn about the history of carols and how they communicated more than just holiday spirit:

EVENT: CULTURE & COCKTAILS: HOLIDAY POP!
Thursday, December 13, 10am-5pm
America’s pop culture is probably it’s most significant export. Domestically as well, pop culture influences the lives and imaginations of millions. Through February, a new exhibit Pop! Icons of American Culture from the Smithsonian in the D’Amour Museum of Fine Arts, on loan from the Smithsonian, will be on display with many associated events. Don’t miss this once in a lifetime opportunity to see the actual Superman costume worn by Christopher Reeve, Marilyn Monroe’s gloves, Julius Erving’s shoes, and Eddie Van Halen’s guitar! Start with a parents’ night out at the museums evening event, Culture & Cocktails. D’Amour Museum of Fine Arts. 21 Edwards Street, Springfield, MA ($)

EVENT: FREE SECOND FRIDAYS
Friday, December 14, 4-7pm
Free Second Fridays at the Smith College Museum of Art gives visitors a special opportunity to explore the collections and engage with art on a deeper level. Create your own work of art, with hands on activities for all ages based on specific works in the museum and go on a special guided conversation tour. Light refreshments. Smith College Museum of Art. 20 Elm Street, Northampton, MA (FREE)

EVENT: NORTHAMPTON ARTS NIGHT OUT
Friday, December 14, 5-8pm
We are lucky enough to live in an area with a very high proportion of artists and supporters of the arts. One of the great things about living in such a creative community is that there are so many resources for aspiring artists. There is no better way to pursue a creative path than to surround yourself with other creative people. Northampton Arts Night Out, the second Friday of every month, is a great opportunity to see what other artists in our area are up to. Get new ideas, make connections in the art world! Downtown Northampton. Northampton, MA (FREE)