Posted on October 12, 2018 By Hilltown Families 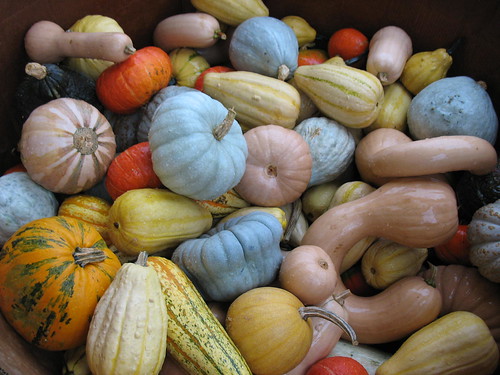 Herbariums to Fermentation. Indian Dance to Jane Austen. Immigration to Botany These are just a few of the community-based learning highlights we’re featuring this week!

Peruse our list below and make plans to get out into your community and learn while you play!

There are so many different uses for pumpkins!  One of America’s oldest native crops, modern day uses include carving as ornaments for Halloween, prepared as pies, and highlighted as the main attraction in agricultural fairs (largest pumpkin contests) and fall festivals (pumpkin roll & pumpkin games).  Needless to say, pumpkins are an integrated part of our fall traditions in Western MA. Find out how pumpkin can support an interest in pastry arts and Colonial History through seasonal pies in our post, How Pumpkin Pies Support Interests & Education.

EVENT: HERBARIUMS/PLANT BIOLOGY
Saturday, October 13, 1-3pm
With autumn upon us, everywhere we look in nature we can see plants and animals transitioning for the long, dark, cold months ahead of us. There are, however, a few notable exceptions to this. Mosses and ferns, some of the oldest plant species on earth, continue to thrive under colder conditions. Ancient Plants Among Us: Ferns & Mosses Walk, a guided plant walk with local botanist and manager of the herbarium collections at UMass, Roberta Lombardi, will focus on searching for and identifying mosses and ferns. Discover native species and develop a list along the way, and Lombardi will teach participants about proper collection methods for creating an herbarium of their own with native species in which we share our local habitat and how they appear this time of year. Rain date: Sunday, October 14. Jabish Brook Conservation Area. 509 Daniel Shays Highway, Belchertown, MA (FREE)

SELF-DIRECTED LEARNING: HERBARIUMS
Wondering what an herbarium is? Herbariums are collections of preserved plants and are fun ways for families to preserve summer memories while supporting an interest in botany and local habitats. Learn more about whys you can engage in this activity with your family in our post, Pressing Plants and Flowers Supports Nature-Based Learning through the Generations. — Want to dive deeper? In this video, tour the New York Botanical Garden for a glimpse into one of the world’s largest herbaria, a collection that contains millions of specimens:

SELF-DIRECTED LEARNING: KITCHEN CHEMISTRY
Western Mass really drops an abundance of local food into our laps every harvest season! It’s an incredible bounty that brings with it a possibility of some waste, as storage can prove difficult. Enter Fermentation…a healthy and educational technique to repurpose delicious & healthy food into… delicious & healthy food! Did we mention fermentation is also educational? Involve your kids, and they’ll get some experience with cellular biology & chemistry. Read on for some excellent insights in our post, Learn About Local Food & Chemistry through Fermentation.

EVENT: SKILLSHARE/MYO KRAUT
Saturday, October 13, 11am
Join Mark Phillips and Berkshire Ferments, a collective of fermentation enthusiasts dedicated to preserving ancient traditions, at the Berkshire Museum to learn how to make your own sauerkraut! Discover how to turn ordinary cabbage into delicious, tangy, preserved dishes adding a new depth of flavor to your sandwiches, schnitzels, and hot dogs. Included with regular Museum admission. Berkshire Museum. 39 South Street, Pittsfield, MA (Included with regular Museum admission. Check out a free museum pass from your local library)

EVENT: NUTRITION
Wednesday, October 24, 6:30pm
What is the role of fermented foods, diet, and nutrition on human health? At River Valley Co-Op, join a collaborative exploration on the benefits in a workshop, Fermented Foods, Nutrition, and the Gut Microbiome. There will be a presentation on the gut microbiome and the relationship between food and human health, with a particular emphasis on the role of food and diet in supporting healthy bacteria in the human body. Attendees will then hear contributions from local artisan food producers on the themes of human health, living foods, and local food economies.

RESOURCE: FARMERS’ MARKET
Friday, October 12th, 2-6pm
The Shelburne Falls Farmers’ Market will be hosting their Cider Day! Local farms and crafts-people will be bringing their products to celebrate the fall harvest and to offer their goods for the coming holidays, including lacto-fermented veggies! Stop by to pick up a fresh batch and to learn from the source how they ferment their veggies and ways to prepare at home.  413-625-8203. Corner of Main and Water Streets. Shelburne Falls, MA (FREE)

RESOURCE: CO-OP/BAKERY
Sundays
At the Old Creamery Co-Op pick up a loaf of Three Seed Bread, hand-shaped and baked in a stone hearth oven by local bakery-cafe, Bread Euphoria. Most of their bread us made with naturally fermented starters and use local and organic ingredients. A taste test will allow you to explore the delicious flavor of bread that includes fermentation in the baking process. Route 9. Cummington, MA

SELF-DIRECTED LEARNING: BREAD BAKING/FERMENTATION
“Bread is a notoriously challenging culinary pursuit, which explains why many culinary experts tend to leave their loaves to the experts. But with bakers from the Institute of Culinary Education, they help to demystify the fascinating craft of bread baking. Watch an expert baker share his passion for sourdough, manipulating the magic of slow, natural fermentation to create distinct flavors.”

SELF-DIRECTED LEARNING: WOMEN’S HISTORY
The so-called “Enlightenment” refers to a period during the 17th and 18th centuries in Europe, which saw massive growth in scientific understanding, as well as the articulation of humanistic and democratic ideals. This period also saw, however, the birth of the global slave trade, colonialism, industrialism, and the decimation of indigenous cultures in Europe and around the world. The Enlightenment was paradoxical regarding its understanding of gender, as well. While rationalist feminist Mary Wollstonecraft and others worked tirelessly to promote the cause of women’s rights, gender roles in society at large were, in many cases, as rigid as they had ever been. Discover more about Wollstonecraft in this video:

EVENT: INDIGENOUS STUDIES/ACTIVISM
Tuesday, October 16, 3:30-5:30pm
The indigenous people of North America have been resisting settler-colonialism every single day for more than five hundred years. Over this time, this resistance has taken many different forms. Influential leaders such as King Philip and Red Cloud organized large-scale military uprisings, but even the peaceful expression of indigenous culture became an act of resistance, as in the case of the Ghost Dance. After prohibiting the dance, in 1890 the United States Army massacred 200 Lakota women and children for refusing to stop practicing their tradition. In this talk, Resistance Studies Initiative Fall Speaker Series: Distinguished researchers and activists share critical reflections on resistance issues, by professor Kathleen A. Brown-Perez, a member of the Brothertown Indian Nation (Wisconsin), she will discuss the question: what does it mean for indigenous people to resist in the 21st century? As professor Brown-Perez notes, while the policies of the United States government no longer explicitly promote killing native people, as they once did, there are still many legal policies that undermine and erode indigenous rights, culture, and identity. For Brown-Perez, the key to understanding this dynamic lies in the definition of a settler-colonial society. In most historical instances of colonialism, resources, whether human or natural, are extracted from the colony and transported back to Europe. In the case of settler-colonialism, however, it is not a matter of extracting resources for profit, but of a full-scale invasion. The goal of American settler-colonialism is, simply put, “destroy to replace.” Integrated Science Building. UMass. Amherst, MA (FREE)

SELF-DIRECTED LEARNING: INDIGENOUS STUDIES/ACTIVISM
“Still invisible and often an afterthought, indigenous peoples are uniting to protect the world’s water, lands, and history — while trying to heal from genocide and ongoing inequality. Tribal attorney and Couchiching First Nation citizen Tara Houska chronicles the history of attempts by government and industry to eradicate the legitimacy of indigenous peoples’ land and culture, including the months-long standoff at Standing Rock which rallied thousands around the world. “It’s incredible what you can do when you stand together,” Houska says. “Stand with us — empathize, learn, grow, change the conversation.” – TED

SELF-DIRECTED LEARNING: LITERATURE/JANE AUSTEN
One tends to think of Jane Austen’s novels as charming, if not somewhat detached, depictions of rural English life in the early 19th century. For instance, the United Kingdom was embroiled in the Napoleonic Wars for twelve years during the period in which Austen’s novels are set, claiming the lives of hundreds of thousands of British soldiers, and one would hardly know it from reading her works. The same can be said for the struggle of the English working class. Mansfield Park, however, is anomalous among Austen’s oeuvre in more ways than one. Universally considered Austen’s most controversial, psychologically and morally complex, and flawed novel, it is also considered by some to be her masterpiece. Published in 1814, Mansfield Park explores many subjects and themes that are absent from the author’s other novels. While moral struggles are often presented in a somewhat one-dimensional manner in most of Austen’s writing, many of the conflicts in Mansfield Park occupy a moral grey area. The frank and open discussion of sexuality, greed, and the legacy of slavery and colonialism also make Mansfield Park one of Austen’s most contemporary works.

SELF-DIRECTED LEARNING: LITERATURE/HENRY DAVID THOREAU
Henry David Thoreau is without question among the most brilliant and critical American thinkers and authors. Unwilling to accept the terms of life and a world that was intolerable to him, Thoreau dedicating himself to pursuing his dreams and making them into reality. With a fierce will that resisted any attempt to be broken into despair and resignation, Thoreau still had hope that American society and humanity as a whole could be healed, by embracing the simplicity of life and rejoining the self to our primal, free, natural, wild spirit. For Thoreau, the civilizing process has ultimately been harmful to humanity. He once wrote: “Take long walks in stormy weather or through deep snows in the fields and woods, if you would keep your spirits up. Deal with brute nature. Be cold and hungry and weary.” The notion that comfort and ease should be the measure of our happiness was clearly unpersuasive to Thoreau.

Thursday, October 18, 7pm
EVENT: THOREAU PRESENTATION
If you are a fan of Thoreau and would like to learn more about how to engage with his work on a deeper level, don’t miss this presentation by local author John Clapp, entitled “Thoreau Simplified” at the Westhampton Public Library. One South Road, Westhampton, MA (FREE)

SELF-DIRECTED LEARNING: DEHUMANIZATION/SOCIOLOGY
As Christopher Hitchens once wrote: “Nihil humanum a me alienum puto, said the Roman poet Terence: ‘Nothing human is alien to me.’ The slogan of the old Immigration and Naturalization Service could have been the reverse: To us, no aliens are human.” Indeed, the language of anti-immigration is the language of dehumanization. We can see this clearly in comments made by the current president, such as “these aren’t people. They are animals.” Human beings are naturally empathetic and, to persuade people to support inhuman policies, one must first convince people that the subjects of these laws are not fully human.