Learning Landscape: Putting Food on the Table in Late Winter

Every month, Hilltown Families features a new Learning Landscape, which aims to inspire learning along with a common theme easily spotted in our surroundings that month. The hope is to bring a little bit of the outdoors inside for inspection, dissection, identification, creative play, art projects, and lots of other educational activities. Download this month’s Learning Landscape to help open up children’s eyes to the unique attributes of each season, and to help them learn how to see these things in nature for themselves.

Learning Landscape: Putting Food on the Table in Late Winter 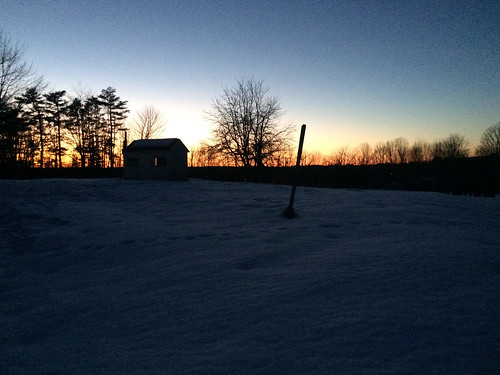 Humans much prefer February (and its early season equivalent, December) to January for its lengthening days, warmer temperatures, and gentler storms. But for those whose lives are dictated strictly by the natural elements, February can be a harsh month depending on the status of local food stores.

During a mild winter, most animals will easily be able to find what they need in order to survive throughout the season. When conditions are harsh, however, food sources can become scarce while the effort necessary to access them can become much greater.

Whether a winter falls towards one of these extremes or is somewhere in the middle, it’s worthwhile to know how to identify, locate, and even consume a few common winter wildlife food sources. If you know who eats what and when, you’ll have a greater chance of learning to track local species. Monitoring likely meal sites over time can alert you to the patterns of the creatures you share your natural space with, and can bring you into closer alignment with the natural world.

Exploring outdoors in February is generally quite enjoyable; temperatures regularly surpass the freezing point, the sun shines often, and if you’ve been active throughout the season, you’ll likely have a good walking path packed down by late winter. This month, pay special attention to a few common wildlife food sources. Note the changes that each feeding area experiences to understand the role that it plays within the local ecosystem.

Not to be confused with poison sumac, which is an entirely different plant, staghorn sumac is neither poisonous to humans nor invasive, as its growing patterns suggest it may be. Staghorn sumac is an invaluable food source for birds in late winter, and can serve as a food source for humans during the peak of its growing season (August and September). With many other food sources gone or blanketed in snow by February, many birds rely on the easily-accessible elevated berries of staghorn sumac. Despite the berries’ fragile nature, they hold up surprisingly well during winter storms. Notice the fuzzy texture of its branches – it’s almost like antlers! Notice also the careful work that birds have done when eating seeds: they strip each cluster bare!

The state tree of Maine, these pines are easily identified by their needles. While all pine trees have needles, white pine needles grow in clusters of 5, which is the same number of letters in the word “white.” Check suspected trees for yourself by matching the letters w-h-i-t-e with each of the needles in a cluster. If you can spell its name across its needles, it’s a white pine! Pine trees offer food via pinecones to small mammals throughout the winter, and tea made from white pine needles is a great treat for humans (and it’s rich in vitamin C!).

Apple trees are easily identified by their shape and texture. The tree’s main branches are thick and often appear curved or bent, while small sucker branches are largely thin and straight. In winter, apple branches have tiny buds at the end of each branch. Produced in fall, they are waiting patiently through the winter to become leaves in spring.

A native to Maine, Robin joined Hilltown Families in early 2011 as an intern and remained over the years volunteering as a community-based education correspondent until moving back to Maine in 2016. Robin is a graduate of Antioch University with a masters in education. Her interests within the field of education include policy and all types of nontraditional education. For her undergraduate project at Hampshire College, Robin researched the importance of connecting public schools with their surrounding communities, especially in rural areas. Robin currently lives with her husband, cats, dog, and bunnies in Maine. She is a 3rd grade teacher and the founder of our first affiliate community-based education network, Dirgio Learning.

← Weekdays in Western MA: February 26 – March 2, 2018
Winter Silence: Learning through the Lens of the Season →