Off the Mat: Aspiring to Reverence and Love

Aspiring to Reverence and Love 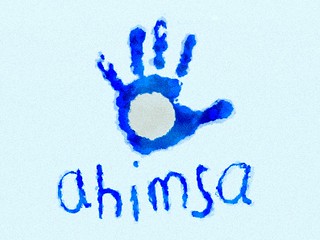 While his wife was pregnant with their one and only, my friend found himself chatting with a colleague’s husband. Impending parenthood seemed a safe topic. “The difference between hitting your kids and not is knowing when to leave the room,” the man volunteered. My idealistic father-to-be friend found this odd. Startling. Inappropriate. But he chalked it up to the teller’s awkward reputation.

Until their daughter was two and the truth of the conversation came flooding back on waves of shame, realization, and thankfully, restraint.

Our first family home was in one of Boston’s ubiquitous three-decker flats. Circa 1900, the unit featured a long hallway with doors closing to each room, intended, I assume, to retain the then newfangled forced hot air heat. The furnace had since been converted to gas, though the coal chute remained. Doors fit loosely, or too tightly, in their frames, needing a hip check from outside to open in again. Mostly for light and ease of passage, even the bedroom door remained open most nights, with no one to shut it against. Locks? Not even considered and likely not possible. Unneeded.

Until that morning when I knew to leave the room. I have no memory of what early toddler interaction piled that last straw on this overloaded dromedary Mama’s back. I can picture his room, his long blond curls around a puffy, snotty scrunched up unpleasant baby face that I came this. close. to whacking with my backhand. Energy of a slap reverberating through body and brain as if I had. As if desire were action.

I left the room. Left him sobbing, my own tears welling, nostrils stinging, pressure buzzing as I fled down the thirty feet of hallway through ill-fitting door to the room of my own, at least mine in that moment.

His wails of need, confusion, anger, indignation followed down the hall, small plodding feet carrying him in the wake of the one always there.

I sat, feet and body pressed against floor to brace door into frame behind me. Just over an inch of painted wood holding space between crying me and crying offspring. Keeping him safe from more hurt I feared I’d inflict if face to face in that moment. So I wouldn’t hit my child.

The eight-limbed path of yoga starts with ten ethical aspirations: five for social interaction and morality in the outer world, five more for how we treat ourselves and our inner world. The first aspirational practice – ahimsa – is most often translated as nonviolence. Writ large in global conflicts, police brutality, school shootings, and hyper-local in the way I can beat myself up inside for being human, non-violence too often feels the exception, violence the rule.  The call to nonviolence can feel overwhelming, unattainable in a Gandhi or MLK heroic kind of way. Thankfully, I’ve found the writings of yoga elder stateswoman Nischala Joy Devi. Writing from a woman’s perspective, Devi turns the “nons” and “don’ts” on their heads, creating affirmations out of admonishments. Devi defines ahimsa as reverence and love for all.

Sometimes nonviolence is proactive: no-kill mouse traps and bug cups to catch and release spiders. Sometimes nonviolence is purposeful: blocking traffic with bodies, signs, and songs to interrupt hatred. Some practice nonviolence by refusing to eat animals, though plants too have been shown to react, to commune, to nurture. Sanskrit Scholar Nicolai Bachman reflects what with each ethical practice, we must discern for ourselves what is practical and appropriate in our day to day lives.

For we all have the capacity to harm. I believe nonviolence is first on the list of yoga’s ethical practices because it is hardest. Truth and trustworthiness, cleanliness and godliness can only be authentic if practiced in ways that do no harm.  As Devi says, with reverence and love.

Reverence and love. Those I can aspire to. For my son, certainly. For our world, most days. And hopefully, even for myself.

Pain specialist, yoga instructor, and Reiki Master Ginny Hamilton teaches simple & proven techniques to release pain & restore energy in the workplace, group classes & private sessions. She has put down roots in South Amherst with her spouse and young son. Daily she’s amazed by the beauty the Pioneer Valley offers, though her allergies beg to differ. In Off the Mat, Ginny explores how yoga’s physical and mindfulness exercises help her parent and how parenting shapes her yoga practice. www.ginnyhamilton.com

2 Comments on “Off the Mat: Aspiring to Reverence and Love”