The Good Life: We are Not the Weather

We Are the Sky 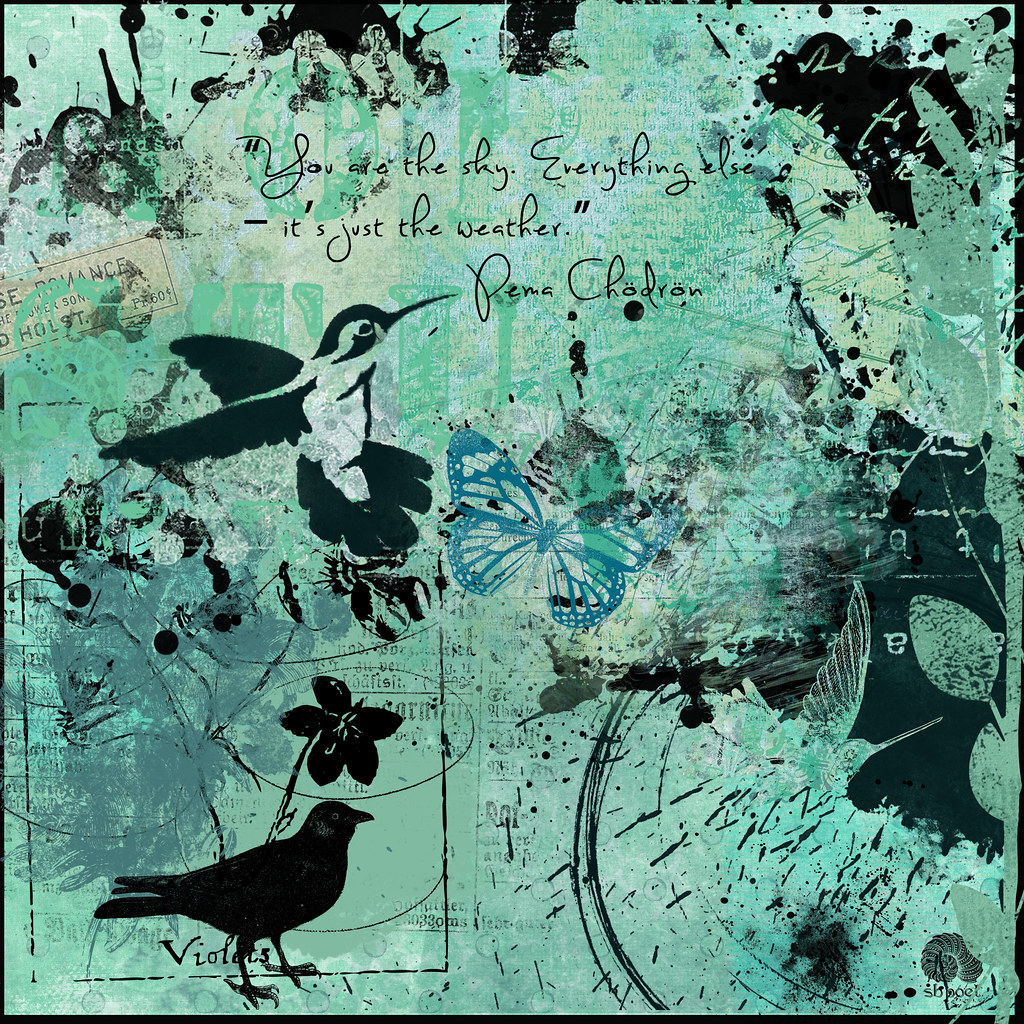 A new season is starting, and starting anything is really hard. Maybe not you, but for me starting something new takes preparation, lots of thought, lots of fact checking. Clearly I’m not one to jump in with both feet…

Last fall I decided to ferment and bottle hard cider for the first time. I consulted local cider gurus and brewing supply companies. I cross-checked websites, took notes, and enlisted the help of my children, which in hindsight, may have been questionable parenting. I bought a variety of cider gadgetry over time, collected spent beer bottles for reuse, removed raggedy labels, and sanitized. I started the fermentation process with authority, but a year later, that cider is still sitting quietly in the 5-gallon glass jug I put it in last December. Fear paralyzed the process that I had so thoughtfully set into motion. It has been said that the love of money is the root of all evil, but I happen to think the most pernicious, twisted root of all is fear.

At its worst, fear holds people back, keeps people down, is the parent to anger. Fear disguises itself as self-doubt, sadness, and hatred. Strangely, we need fear, at least a little of it, to keep us safe from harm. I was afraid my hard cider had turned into toxic swill. I was afraid that once bottled the deadly brew would explode, spewing glass shrapnel like a shattered window in a Bruce Willis movie, maiming passers-by.

Fear crept in this fall as summer drew to a close. Veteran teachers second guessed themselves as they planned, “Have I missed something this time?” New teachers woke the first day of school wondering if they had what it took to keep the kids meaningfully engaged for 6-8 hours that day and each day after. First time parents sending their children to kindergarten worried, “Will she be okay?” Children asked themselves, “Will I be okay?”

These are not only important questions, but essential questions to ask in order to prepare ourselves for the unknown. So, once we have established that some fear is essential to the survival of the human race, how can we ever be at peace, and help our children to do so?

Tibetan nun, Pema Chodron said, “Fear is the natural reaction to moving closer to the truth.” The truth is, maybe things WILL go wrong. Completely, horribly, terribly wrong. Pema Chodron also said, “You are the sky. Everything else it’s just the weather.” So it seems that even if everything goes to hell, it will pass us by, like a storm.

This sentiment is easy to remember when things are well, but if we try very hard, we can keep it in our minds when fear creeps in the margins. So if it is difficult for us to hold onto when a situation is daunting, my hope is that we can remind each other.

People don’t always speak their fear, but we can assume when something is new, fear is present. The way to deal with fear is to sit with fear. Be present. Be physically and emotionally present with your own fear, and with others. Try not to be glib. Everything may not be okay. Children may be cruel, the plans may fall apart during the fire drill, the hard cider may be a disaster. At the end of the day the difficulty passes, the cider gets cleaned up, and is replaced by something new and messy, which also passes. However, the sky never wavers. The sky abides and abides, just like you.

← Hindsight Parenting: Meet Your Child Where They Are
Harvest Season: Learning through the Lens of the Season →