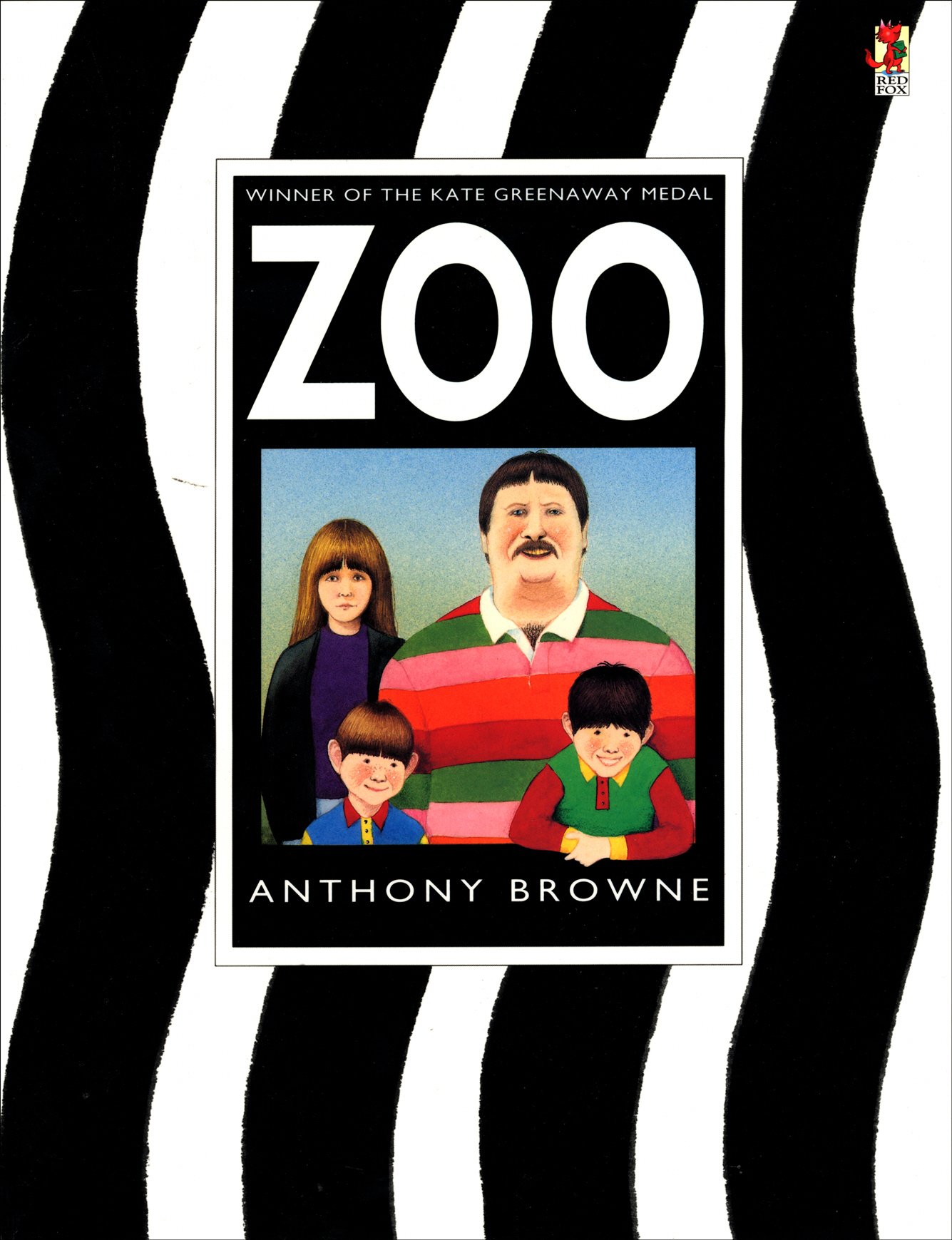 A family outing to the zoo serves as a catalyst for deep thought in this 25-year-old work of children’s literature. Author and illustrator Anthony Browne, known as one of late 20th century England’s best children’s writers, has transformed a quintessential (and perhaps stereotypical) family adventure into a thought-provoking examination of humans’ regard for the natural world in Zoo. Within the book’s pages, illustrations in which humans seem to be animals and animals seem almost human haunt a text dripping with the narrator’s disdain for the lackluster creatures found within the concrete confines of the zoo.

The story is extraordinarily extraordinary without presenting as such: what was (and still is) a very common family experience reveals itself to be something that is conceptually much greater, and experientially (for the characters) much less. The family of four featured in the cover illustration argue their way through traffic and pay exorbitant prices in order to gain the privilege of interacting with nature, the absence of which is subtly included in the first few pages’ illustrations. Though seemingly excited about their destination, the family engages only passively with their surroundings, failing to get a map and looking at some “boring” animals before searching for their favorites. Creature after creature is met with criticism from the narrator and his kin, while the creatures themselves are depicted as disengaged from reality within their unnatural surroundings. Even the creatures that promised excitement (tigers, for example) leave much to be desired, and by the end of the day, the family favorites are the cafeteria and the gift shop.

Carefully woven into the plot is Browne’s examination of the zoo as entertainment: while the family sets out to enjoy a day learning about nature, they end up interacting with everything but real, true nature. Every experience that they have has been created for them by humans, from the road they drive on and the monkey hats they buy in the gift shop to the brick enclosures for the giraffes and the metal fences keeping tigers contained. They’re bored, and rightly so. There is little to learn or authentically experience, and the animals at the zoo know it, too.

While not actively anti-zoo, the story conveys the message that zoos like the one depicted are not in anyone’s best interest – including the animals that they contain. Share the story with older readers to spark discussion of ethical treatment of animals, human interaction with nature, and the ways in which humans and animals perceive one another.

Using our accompanying literature guide, readers can explore these ideas. Critical thinking questions, a mini-lesson on shifting perspective, and extension activities linking the text to history, natural science, and the local landscape all allow the book to serve as a catalyst for meaningful learning.