Memorial Day as a Catalyst for Placemaking, Historical Learning, and Acts of Kindness

Memorial Day as a Catalyst for Placemaking, Historical Learning, and Acts of Kindness 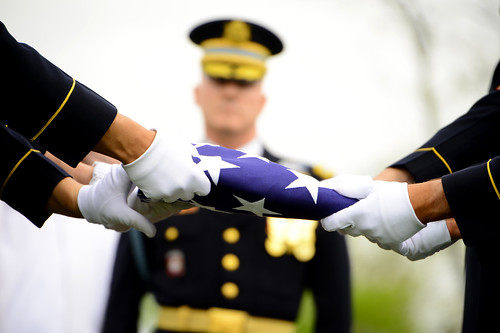 For some, Memorial Day is a deeply personal holiday, a day for remembering those who have served the people of our country. Participating in these Memorial Day celebrations and ceremonies can also be a form of placemaking, strengthening ties to community spaces and encouraging social interaction between generations. These events also offer a chance to personally thank local veterans and recognize them for their bravery and service.

Ceremonies to honor veterans on this holiday often take place in outdoor, common spaces such as Main Streets, sidewalks, and town commons.

As friends, neighbors, and community members gather in these areas, opportunities for small acts of kindness arise. For example, families can bring a bouquet of daisies or loaves of fresh baked bread to a Memorial Day parade to share with veterans as small tokens of gratitude.

Memorial day parades thus invite people to engage with their communities in placemaking. Participating in parades by marching alongside an organization or viewing the parade from a common space thus supports individual health and well-being by strengthening a connection to place.

This day of remembrance is also a chance to learn about history from a local perspective. A sample of community events to honor Memorial Day include:

BELCHERTOWN: Saturday, May 28. Meet at the Quabbin Park Cemetery at 10am for refreshments followed by a Memorial Day Parade. There will also be a service honoring individuals who were removed from their original resting places for the building of Quabbin Reservoir. You are invited to march behind the Pelham Historical Society banner with school children and Pelham residents. Pelham Elementary school children are working on an art project for the occasion. For more information contact Barry Klotz at 413-695-1797. Belchertown, MA. (FREE)

FLORENCE: Monday, May 29. The parade begins at 9:30am on Trinity Row, across from Rogers Bike Shop. Coaches and players of TBall and Baseball are invited to march in the Florence Memorial Day Parade which will go through the center of Florence, down Park Street, circles down Pine Street to North Maple, and back to the center, ending at the cemetery on Park Street. Florence, MA. (FREE)

HOLYOKE: The Holyoke Merry Go Round will be open on Memorial Day from 12pm-4pm. Veteran’s families, in particular, may want to celebrate the holiday together and teach their children about the sacrifice which soldiers past and present have made for their country. 413-538-9838. 221 Appleton Street. Holyoke, MA. (<$)

STOCKBRIDGE Monday, May 29, 1:30pm. You can learn about military history through an artistic perspective by visiting the Norman Rockwell Museum. Much of Norman Rockwell’s work depicted life in the military, from the American Revolution to the Vietnam era, capturing the feelings of a nation through art. Peruse his work as you contemplate this history and honor the fallen soldiers of all American wars. 413-298-4100. 9 Glendale Road. Stockbridge, MA. ($. College students with ID <$. Ages 6-18 <$. Under 5 and museum members FREE)

SPRINGFIELD: Monday, May 29, 2pm. Shades of Gray is a Civil War era camp band made up of several Confederate Civil War reenactors. Hear them play at the Springfield Armory National Historic Site, and sing along to patriotic songs such as “Oh Susanna,” “Camp Town Races,” and “Bonnie Blue Flag.” Learn about the role that music played in many soldiers lives, helping to strengthen bonds of camaraderie and memories of home. 413-734-8551. One Armory Square. Springfield, MA. (FREE)

WESTFIELD: Monday, May 29, groups marching in the Memorial Day Parade will begin assembling at 9:00 AM near the Mestek Company property on North Elm Street. The parade will begin promptly at 10:00 AM, marching to the Parker Memorial Park for the Memorial Day ceremony. Following the Parker Park Ceremonies, American Legion Post 124 will march the route in reverse to the post home on Broad Street where additional ceremonies will be held. Westfield, MA. (FREE)

WINDSOR LOCKS: Monday, May 29, 10am-5pm.The New England Air Museum will be open on Memorial Day, providing families with a chance to learn about New England’s air and space heritage, and how these technologies connect to military history. Veterans, as always, receive a 10% discount to the museum. 860-623-330. 36 Perimeter Road. Windsor Locks, CT. (Adult $; Ages 4-11 <$; Members and ages 3 and under FREE)