The reemergence of flora and fauna in the outdoor world gives cause for celebration as the months turn warmer and new life abounds. For many, it is a time of celebration linked to spring’s seasonality as reflected in the types of food prepared in holiday celebrations, including Easter and Passover. 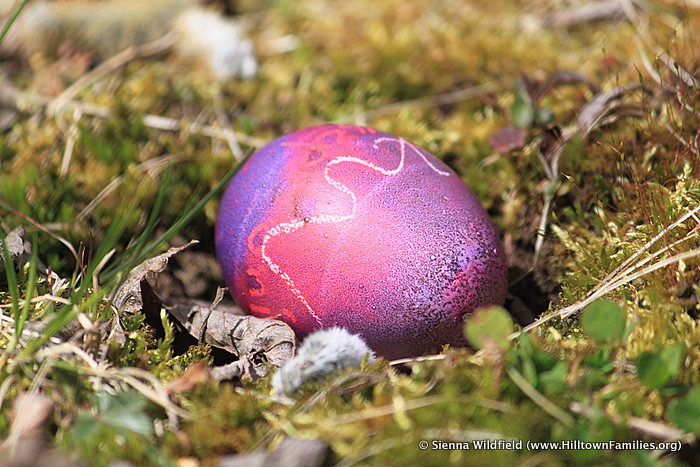 A Christian holiday, Easter celebrates the resurrection of Jesus from the dead.  It is celebrated at the end of Lent, a solemn and religious observance that includes prayer, penance, and fasting.  Generally, those who observe Lent give up something as a form of penance and reflection.  Once Easter arrives, however, Lent ends and a joyful holiday feast is prepared.  Interestingly, many of the traditions associated with Easter in contemporary culture are not Christian in origin, but rather Pagan.

Some say the word Easter derives from the Pagan Ēostre, the Teutonic (Germanic/Nordic) goddess of spring and fertility. However, in romance languages such as Spanish (Pascua), Italian (Pasqua) and French (Paques) the word for Easter derives from the Latin (Pascha) meaning Passover, referring to the Jewish festival commemorating the ancient Israelites’ exodus from slavery in Egypt.

Although Easter and its celebrations are now deeply rooted in Christian liturgy and practice, some of the commercial aspects of the holiday are borrowed from ancient Pagan rituals. One example is the presence of the Easter bunny.  The rabbit was a symbol associated with the Norse goddess Ēostre. It has now carried over into the celebration of Easter as a sign of rebirth and new life.  Similarly, the Easter egg had a long history as a symbol of new life and rebirth in the Christian tradition.  Easter eggs are often decorated with dyes or paints.The practice of painting the eggs varies among the cultures that celebrate the Christian holiday of Easter. Check our list of Weekly Suggested Events for egg hunts and community Easter celebrations.

This sweet pie is made of wheat, egg, and ricotta cheese flavored with orange blossom water. The pie is usually prepared days in advance to allow the perfume of the orange blossom water and the other flavors to blend together, creating a wonderful aroma and delicious taste.  The pie utilizes food items that would be available in the spring, including stored grain, eggs, and cheese. Interested in trying your hand at making la pastiera?  Try out this recipe.

Passover is an important Jewish holiday that commemorates when the ancient Israelites fled Egypt and were liberated from slavery.  The holiday is celebrated today as a gathering on the first night of Passover for a special dinner called a seder. An important part of this gathering and meal is the retelling of the story of the exodus from Egypt.  It is a moment to reflect on history, celebrate liberation, and study together.  The story is told from the special text called the Haggadah and includes all generations of the family, young and old.

The Seder Plate is a form of symbolism during the Seder.  Three Matzah are placed on top of each other and then covered with a napkin.  On top of this goes the Seder plate which contains the following:

Russian-French artist Marc Chagall has been referred to as “the quintessential Jewish artist of the twentieth century.”  Chagall moved from Russia to Paris in 1910 when he was a young man to continue his art education. He became friends with other avant-garde artists and established a unique style of painting haunted by ephemeral and ghostly figures that appear mystical and surreal. During the Nazi occupation in France, Chagall and his family took refuge in the United States where he stayed until after World War II.  He returned to France in 1948.

Chagall was a prolific and accomplished painter who mastered many art techniques including engraving and stained glass.  His works contain a dream-like and sometimes melancholic quality. They use complex metaphors and visual themes that address culture, religion, current events, and identity. One of his works is the illustrated Passover Haggadah.  This text read during the Passover Seder contains colorful illustrations by the artist with images in Chagall’s quintessential color palette to illustrate the Israelites exodus from Egypt.

Learn more about Marc Chagall and his artwork by exploring the Guggenheim’s online digital collection of Chagall’s work at www.guggenheim.org.