Posted on April 4, 2017 By Hilltown Families 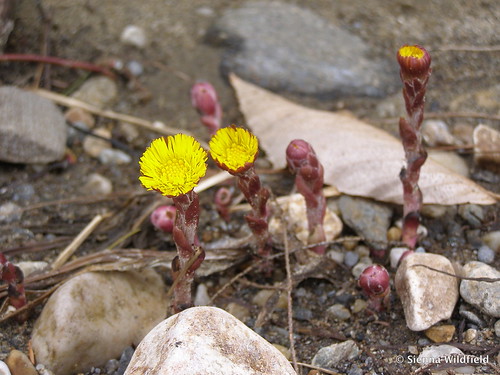 Western Massachusetts has been home to many poets and writers who were inspired by this region’s remarkable landscape. April is National Poetry Month. As nature begins to come to life in blossoms and buds, National Poetry Month is the perfect catalyst for exploring the outdoor spaces and places that inspired great writers of the past and present through some of the many local trails found in the region.

The Rivulet Trail at the William Cullen Bryant Homestead is a hiking trail accessible to the public in Cummington, MA. The path along the rivulet is the same trail that once inspired Bryant to write The Rivulet.  You can still hike this trail at The Trustees’ property and encounter the poem posted along the trail to read and reflect on this beautiful place that features old growth forest and some of the tallest stands of White Pine in the Northeast.  It’s a sacred space that may compel you to write a few verses of your own!  Read Bryant’s poem ahead of time, then read it again while hiking the trail. How does the integration of language arts and nature influence your connection to place and poetry?

The Robert Frost Trail is named after poet Robert Frost. It’s a 47-mile trail in the Pioneer Valley that passes through ten towns along the Connecticut River. Different sections of the trail take hikers through diverse terrain and landscapes. Before heading out, read some of Robert Frost’s poetry for inspiration.  How about his well-known poem, The Road Not Taken? A poem often read at an early age in elementary school, The Road Not Taken addresses the idea of choice and the effects that choosing one path over another have in making an impact on the outcome.

Reflect on the last stanza of The Road Not Taken. Now read Bryant’s The Rivulet.  How do both poets use nature as a way to ask insightful questions regarding the complexities of life?  In Frost’s poem, the poet realizes that not every path can be taken, yet the one you choose is the one that affects your life the most profoundly.  In Bryant’s poem, the poet reflects on growing old and recognizes that while he continues to grow and change, the rivulet and the woods seem to remain forever unchanged and ever present.  The imagery of nature in both poems is used to demonstrate philosophical concepts that the poets are trying to grasp and comprehend.  Both are inspired by nature’s teachings.

Monument Mountain in Great Barrington, MA, has a hiking trail that inspired one of the greatest American novels, Herman Melville’s Moby Dick.  In 1858, young writers Nathaniel Hawthorne and Herman Melville hiked up Monument Mountain to feel inspired, to encourage creativity, and converse with one another. They read another local writer’s poem, Monument Mountain, by William Cullen Bryant.  When a storm approached and they took cover, it is said that their conversation and the profile of Mt. Greylock in the distance sparked Melville’s original idea for his great sea novel.  The profile of Mt. Greylock reminded him of a great whale.  Read the same poem Melville and Hawthorne read atop Monument Mountain by William Cullen Bryant and then again on this trail, reflecting on the power of poetry in our connection to place.

Read the same poem Melville and Hawthorne read atop Monument Mountain by William Cullen Bryant’s poem here, as well as this New York Times travel article, “In Melville’s Footsteps” on Monument Mountain and Melville which also discusses the Crane Paper Museum where Melville purchased “a sleigh-load of paper” from the paper mill. The museum is still open to the public in Dalton, MA, where Crane & Co. paper is still in production today!

Check our list of Weekly Suggested Events for guided hikes this spring for intergenerational opportunities for exploring local trails and gaining inspiration similar to poets discussed above!