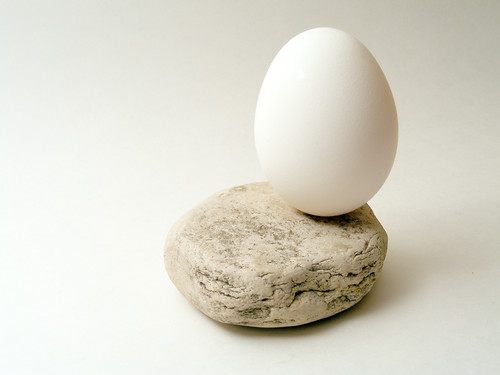 Is it true a raw egg can only be balanced on end during the equinox? Where did this theory come from and is it fact or fiction? Find out!

Peruse our list below and make plans to get out into your community and learn while you play!

Featured community highlight this week:  Join us, Hilltown Families, in person for a morning of music, dance, and pancakes on Saturday, March 18, 10am-12pm! This Saturday Morning Music Party, co-hosted with Flywheel Arts Collective, is great for both kids and parents who love to dance. In addition to music and food, there will be a performance by The Fuzznogginz Puppet Party! All events in this Morning Music Party series are a fundraiser for both Flywheel and Hilltown Families, with a “pay what you can” admission to attend with your family. Flywheel Arts Collective, 43 Main Street. Easthampton, MA. ($)

DEEP SPACE
“In 1995, scientists pointed the Hubble Telescope at an area of the sky near the Big Dipper. The location was apparently empty, and the whole endeavor was risky – what, if anything, was going to show up? But what came back was nothing short of spectacular: an image of over 1,500 galaxies glimmering in a tiny sliver of the universe. Alex Hofeldt helps us understand the scale of this image.” – TED-Ed

View full lesson:
How small are we in the scale of the universe? – Alex Hofeldt

ROBOTICS
Saturday, March 18, 10am-12:30pm
Makerspaces provide opportunities for do-it-yourself projects, collaboration, skill sharing, and creativity in the realm of STE(A)M (science, technology, engineering, ART, and math). This maker space workshop at the Huntington Public Library will focus on robotics and 3D printing! Father-son team Arthur and Peter are experts in intergenerational DIY projects and will be sharing their knowledge and skills with participants. 413-667-3506. 7 East Main Street. Huntington, MA. (FREE)

OPERA/INTERNATIONAL THEATER
Saturday, March 18, 12:30pm
Eugene Onegin is a Russian opera, based on a verse novel written by Alexander Pushkin. The 1879 opera was written and composed by Pyotr Ilyich Tchaikovsky. Fans of international opera and Russian history can view an HD screening of the play performed by Vakhtangov Theatre, at Amherst Cinema. This film can expose American theater lovers about Russian culture and classical music composition at the same time. 13- 253-2547. 28 Amity Street. Amherst, MA. (<$)

ELIZABETH COLT
Saturday, March 18, 2pm-3pm
Colonel Samuel Colt is, of course, famous for founding Colt’s Patent Fire-Arms Manufacturing Company (Colt’s Manufacturing Company) and making the mass-production of the revolver commercially viable. His wife, Elizabeth Colt, has been largely overshadowed by Colonel Colt. Following the tragic losses of her husband and children, Elizabeth Colt worked with some of the most talented artists and architects crafting a material legacy throughout Hartford. Join presenter Willie Granston at the Springfield Armory National Historic Site as he tells the story about the fascinating life of Elizabeth Colt. 413-734-8551. One Armory Square. Springfield, MA. (FREE)

HIGH SCHOOL MUSICAL
Saturday, March 18, 7pm; Sunday, March 19, 2pm
The classic 1964 musical Fiddler on the Roof tells the story of a Jewish Russian peasant village during the 20th century. This play can serve as a great supplement to studies of Jewish history and culture. Young actors from Hampshire Regional High School will be performing their rendition of the musical for an audience of all ages. Ticket reservations are available by calling 413-437-5597 or emailing hrhstickets@gmail.com. Tickets will also be available at the door. 19 Stage Road. Westhampton, MA. (Adults; 18 and under <$)

ITALIAN CUISINE/NUTRITIONAL ANTHROPOLOGY
Sunday, March 19, 1pm-2:30pm
Packages of fresh or frozen tortellini are available at most American grocery stores; however, making your own tortellini is a fun, satisfying way to connect with your Italian heritage and to learn about food culture. Even if you are not Italian, you can come to the Italian Cultural Center of Western Massachusetts and learn how to make this delicious food, fresh at home. Bring an apron. Adults and children are welcome. Take home what you make. Call 860-305-1175 to register. 56 Margaret Street. Springfield, MA. ($$)

BIKE REPAIR
Monday, March 20, 2pm
Learning to tune up and repair your own bike can save you time and money while teaching you about engineering and problem-solving. Bring your bike or just your questions to Make It Springfield, and have your repairs taken care of by RadSpringfield. Stop in anytime during these drop-in hours. All ages are welcome. There is a suggested donation up to twenty-five dollars or more, depending on the repair. You can also bring your old, unused bikes to donate. 168 Worthington Street. Springfield, MA. (DONATION)

SPANISH
Saturday, March 18, 10am-11:30am
Learning a second language is a fun and exciting challenge for the brain. Spanish is the second most widely spoken language in the world. For that reason it is a very practical and enriching second language to learn. Non-native speakers who wish to practice their Spanish are invited to a four-week series of conversation sessions at the Jones Library. Saturdays March 18 and March 25, meet other community members and improve your Spanish speaking skills in a relaxed environment. To learn more about the advantages of learning a second language, as well as resources for language learning, read our post: Language Learning Resources in Western MA. Registration is required. 413-259-3090. 43 Amity Street. Amherst, MA. (FREE)

FRENCH/FILM STUDIES
Tuesday, March 21, 7pm
Viewing foreign films is an entertaining way to brush up on your knowledge of a foreign language and learn about another culture. The 2014 French comedy-drama In the Courtyard (Dans la Cour) (rated R) follows middle-aged musician Antoine as he decides to end his career. He becomes the caretaker of an old building and a retired woman he meets in that position end up strongly impacting his life. In addition to learning about French culture, seeing this film could help audiences process emotions associated with aging, as well as the difficulty of artistic careers like musicianship. The film’s director Salvadori won a Swann d’or for Best Director at the 2014 Cabourg Film Festival. This is a one-time screening at Amherst Cinema for older students. 413-253-2547. 28 Amity Street. Amherst, MA. (<$)

POETRY
Monday, March 20, 7pm
The term “poetry” comes from the Greek term, “poiesis,” which translates to “making.” How do you make poetry? Typically by applying your choice of poetic techniques such as rhythm, rhyme, line breaks, repetition, puns, alliteration, or others, to your writing. Whether you make poetry yourself, or simply enjoy reading it, you can enrich your study of poetry by meeting other community members who enjoy this literary art form. The Forbes Library is hosting an ongoing poetry discussion group, through May 15. On March 20, participants will be discussing the poetry of American cultural anthropologist and writer Renato Rosaldo. 413-587-1011. 20 West Street. Northampton, MA. (FREE)

POETRY/SUSTAINABILITY
Thursday, March 23, 7pm-9pm
Poets from Emily Dickinson to Robert Frost to Pablo Neruda have been inspired by nature. How has climate change and uncertainty about the future of our natural environment impacted poets and their work? You can attend a poetry reading and creative writing workshop as a means of approaching this question. Don Ogden, author of Bad Atmosphere, will be reading from his work and leading this writing workshop at the W.E.B. DuBois Library at UMass Amherst. Room 2601. 154 Hicks Way. Amherst, MA. (FREE)

HISTORY/THEATER
Friday, March 24, 10am
Freedom Train tells the story of Harriet Tubman, the woman who escaped her Maryland plantation where she was held captive, hiding and running from slave catchers on the underground railroad. The play explores family and relationships, telling this historical tale through a personal perspective. Tubman had to leave her family behind to escape. She made 19 trips across the underground railroad, guiding more than 300 enslaved people to freedom. This play at the The Colonial Theatre is best suited for youth in grades 3-9. Homeschoolers and their parents may want to see the play as an opportunity to discuss and explore concepts of history, social studies, language arts, and music. 413-997-4444. 111 South Street. Pittsfield, MA. (<$)

SPRING EQUINOX
Monday, March 20, 6:28am
As we spend the month of March scouring the local landscape for signs of spring to appear, we often forget to prepare ourselves for the truest sign of spring there is: the vernal equinox. Marking the very first official day of spring, the vernal equinox is the moment at which the sun is located directly over the Earth’s equator. Along with a shadow-less noontime around the equator, the equinox brings six months of darkness to the south pole and six months of a perpetually visible sun to the north pole. And here in western Massachusetts? We get the beginning of springtime, lengthening days, gradual warmth, sweet maple syrup, and community celebrations that mark the change of season!