Posted on February 14, 2017 By Hilltown Families 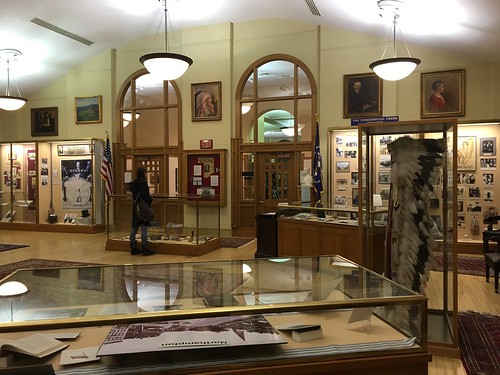 “The Calvin Coolidge Presidential Library & Museum collects, preserves and makes available for research materials documenting the public and private life of Calvin Coolidge (1872-1933). Manuscripts, artifacts and exhibits cover his political career from Northampton to Boston to the White House and his post-presidential years as a Northampton resident.”

The Coolidge Collection was established in 1920 when Calvin Coolidge was Governor of Massachusetts. Coolidge began giving documents and memorabilia to the Forbes Library. This collection also includes two portraits, one of Coolidge and one of his wife Grace created by painter Howard Chandler Christy. The museum is available during the library’s open hours and by appointment. 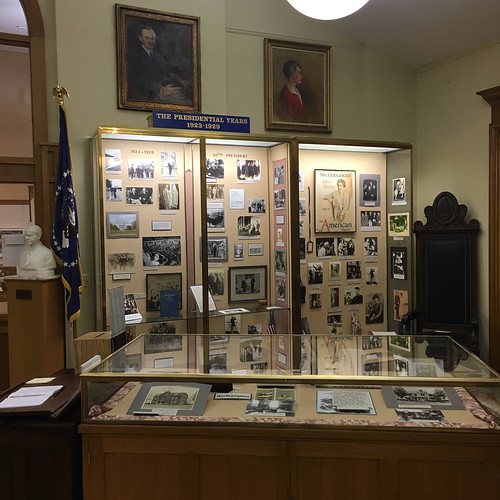 Calvin Coolidge attended Amherst College. In 1896 he ran for public office in Northampton and won the election for city council. In 1898 he ran for City Solicitor, an office he held for two years as a Republican. The following year he opened a private practice as a lawyer. In 1906 Coolidge was nominated as the Republican nominee for the state House of Representatives and won. Then, Coolidge was a part of a progressive Republican party voting for women’s suffrage and the direct election of Senators. In 1910 Coolidge ran for mayor of Northampton and won. After one term he ran for State Senate and served that office for three years and then as President of the Massachusetts State Senate for one more year before he ran for Governor. Coolidge was Lieutenant Governor of Massachusetts from 1916-1919 and then Governor from 1919-1921 before he ran for vice president with Warren G. Harding. Coolidge became President of the United States after Harding’s death in August 1923. He held office until 1929 and afterwards returned to Northampton.

To learn more about the history of our 30th president, visit the museum in person (20 West St., Northampton MA) and online at forbeslibrary.org.