Learning Landscapes: Embracing Change in the Light of Solstice

Many people believe that Earth is closer to the sun in the summer and that is why it is hotter or, conversely, it is the farthest away in winter and, hence, colder. Even though this seems to make logical sense, it’s incorrect. This cognitive dissonance can be a solution and ignite natural curiosity and wonder that leads to greater love and a sense of responsibility to care for Earth.

I am grateful for the silence of winter mornings,

for the beauty and wonder of the glint of sunlight

in frost melting to dew,

for the early-riser’s peaceful solitude that sets a mood

of thankfulness, hope, and calm for the dawning day.

Winter Solstice and, indeed, the entire season, provides a unique opportunity to begin to learn and live in deeper connection with ourselves, one another, and Earth. The winter solstice in the Northern Hemisphere marks the shortest day and the longest night of the year. The sun appears at its lowest point in the sky, and its noontime elevation appears to be the same for several days before and after the solstice. Solstice is a Latin borrowing and means “sun stand.” The Celts thought the sun stood still for 12 days in the middle of winter. Could this be a source for the 12 days of Christmas?

In astronomy, the solstice is either of the two times a year when the Sun is at its greatest distance from the celestial equator. The celestial equator is on the same plane as the earth’s equator. In the Northern Hemisphere, the winter solstice occurs in December when the sun shines directly over the tropic of Capricorn. Following the winter solstice, the days begin to grow longer and the nights shorter. (Note: The winter and summer solstices are reversed for those living in the Southern Hemisphere.)

Earth’s orbit is not a perfect circle. During part of the year, Earth is closer to the sun than at other times. However, it is the opposite of what one might think and it does not account for our seasons. In the Northern Hemisphere, we are having winter when Earth is closest to the sun and summer when it is farthest away. There is a different reason for Earth’s seasons.

Earth’s axis is an imaginary pole right through the center of Earth from top to bottom. Earth spins around this pole one full turn each day creating day and night, but Earth has seasons because its axis doesn’t stand up straight. It is thought that something big hit Earth and knocked it off-kilter. So instead of rotating with its axis straight up and down, it leans over a bit. In fact, the earth is tilted 23.5 degrees. When the Northern Hemisphere receives less direct sunlight because it is tilted away from the sun, we experience winter and the opposite is true in summer.

Celebrating the Solstice and Winter Season

Observances, celebrations, and rituals surrounding the winter solstice have had a unique history. For our distant ancestors, dependent on hunting, gathering, and growing, the seasons and the weather played a central role in their lives.

In the northern hemisphere, passing the winter solstice meant the return of the sun, which seemed to be disappearing. Many religious and cultural traditions celebrated the rebirth of sunlight after this dark period. We too can deepen our understanding and connection to ourselves, Earth, and all our relations during the winter solstice and season in ways that honor our ancestors and our present time, place, and culture. The following are just a few ideas:

Learn how Earth moves. Scientists now know that the amount of sunlight is determined by the relative position of Earth and the sun. To help children visualize what is happening, you can create a bulletin board display showing Earth and the sun. Be sure the equator is clearly marked. Each day, change Earth’s position and tilt and ask students to identify the season in various parts of the world. Alternatively, create a 3D model using the children as the models. Checkout some NASA Space Place for more cool Earth and space information.

Categorize, graph, and look for patterns. Look at the weather page of your local newspaper to find the times of sunrise and sunset over the course of a week or two. Calculate the total hours of sunlight for each day and create a single bar graph showing that information or, for those who are ready to compare and contrast, create a double bar graph showing the information. Take this a step further and study the national and regional weather maps or use the Farmer’s Almanac. Compare the winter weather in various parts of the country, as well as around the world. Many children are fascinated by, and yet have a hard time grasping, how others are not having the same experiences as them. Curiosity may end up driving a larger mapmaking project. Alternatively, what sort of animals live in your area of the country – think about those with fins, fur, scales and skin – and how do they adapt to winter weather. How might this information be shown, analyzed and compared? Dig deeper than individual details and look for patterns.

Get crafty. Make something that helps us care for Earth and all our relations. There are many ideas to be found on Pinterest or with just a Google search, but some easy and fun activities for our feathered relations include making pinecone or orange bird feeders or even gingerbread houses decorated with goodies for the birds.

Explore winter solstice stories. In addition to the books that bring in not only facts but wonder and awe into the story of solstice, consider exploring the similarities and differences between folklore and weatherlore forecasts.

Co-create your own celebration and rituals. What sort of things could you and your children do that use, value and honor this time of year? Be creative and activate a connection with all senses. Think about not just one-time activities, but those that can endure and become daily, weekly or monthly rituals to stay connected with and observant of the natural changes and cycles.

This can extend beyond the Winter Solstice. Throughout the entire season we have an opportunity to more intentionally learn and live in deeper connection with ourselves, one another and Earth. As Terri Guillemets said, “Winter allows us to wrap up in the comforting scarf of healing, but we must slow down to allow its magic.”

May the peace, love, and magic of the season fill the hearts and homes of all. 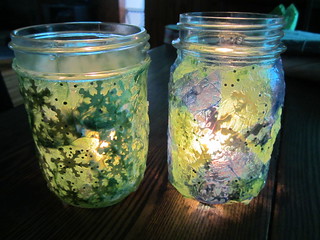 Jen is a wife, mother of two joyous children, experiential education mentor, and founder of PERMIE KIDs. She has a M.Ed. in International Education and has worked with children in the U.S. and overseas from early childhood through the primary years, as well as parent-educators. She integrates an ethical, design science methodology with her love for education to help others learn to design a customized education with their children that honors themselves, others, and the earth.

Find out about sponsorship opportunities with Hilltown Families!