Posted on November 8, 2016 By Hilltown Families

During the American Civil War, poet Walt Whitman spent time visiting hospitalized soldiers wounded on the battlefield.  He traveled with soldiers from one hospital to another and visited wounded soldiers daily.  As the war continued, Whitman resolved to stay in the Union and serve the wounded as they recovered from their injuries.  It was a critical moment in his life and greatly affected his poetry later.

Lifelong learners and self-directed teens are invited to read Whitman’s The Wound-Dresser along with Bart Wolffe’s reading of the same in this video file:

In this poem, Whitman recounts his experience nursing the soldiers and dressing their wounds.

Thus in silence in dreams’ projections,
Returning, resuming, I thread my way through the hospitals,
The hurt and wounded I pacify with soothing hand,
I sit by the restless all the dark night, some are so young,
Some suffer so much, I recall the experience sweet and sad,
(Many a soldier’s loving arms about this neck have cross’d and rested,
Many a soldier’s kiss dwells on these bearded lips.)

Why do you think Whitman describes the experience as both “sweet and sad”?

Learn more about Whitman’s life and his experiences in the Civil War at www.pbs.org. 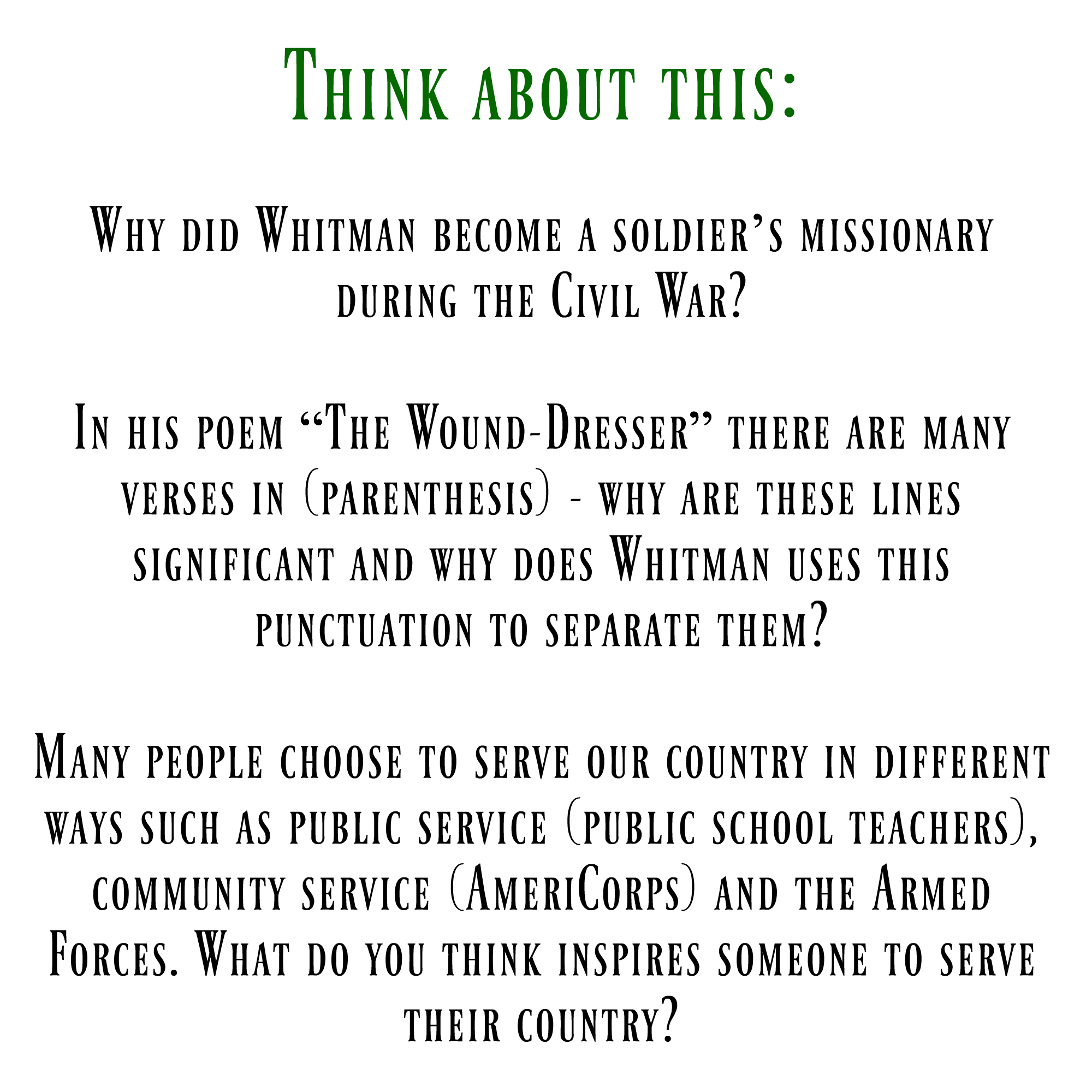 Excerpt from Learning Ahead: Cultural Itinerary for Western Massachusetts (Seasons: Nov/Dec), a downloadable bimonthly publication produced by Hilltown Families that sheds light on embedded learning opportunities found in cultural resources that exist within the geography, history, and cultural traditions of Western Massachusetts.