Posted on October 3, 2016 By Hilltown Families

How to Greet Negative Emotions with Awareness and Ease 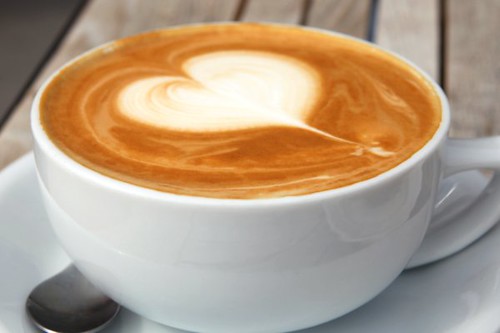 Invite your emotions to metaphorically invited grab a pumpkin-spice latte, and give it a name!

With two young daughters, the occasional emotional meltdown, by any or all of us, is not unheard of in our household. In fact, while the children might be most prone to public tantrums, my own metamorphosis after having children involved a myriad of complex and contradictory emotions that easily could have ended with me screaming in the shoe aisle at the department store as well. Especially after having children, I have found that using mindful awareness as a tool to manage negative emotions, and teaching my children the same, has had a profound effect on my ability to cope and rebound from the influx of negative emotions that try to pull us all down on a daily, even minute-by-minute basis.

Mindful awareness is very much exactly what it sounds like. It is a conscious effort to pay attention in the moment to what is around and within you, and you can do it wherever you are. In mindful awareness of emotions, one is paying specific attention to what they are feeling. There are several methods of practicing mindful awareness with emotions, but the method I prefer is as follows..

First, instead of turning away from the emotion or denying it, turn towards it. Maybe you feel a sudden wash of jealousy and shame when you see that other mom who never looks frazzled and whose kids always have fresh veggies in their lunchboxes (I know I do!). Instead of turning away from the emotion, either shoving it down because you feel ashamed, or allowing it to metastasize into judgement, either on yourself or on her, turn into the emotion instead. Say hello to it with a smile, like you might greet a friend.

Once you’ve faced the emotion and metaphorically invited it out to go grab a pumpkin-spice latte with you at the coffee shop, give it a name. Naming something gives it form, which can be uncomfortable when we would prefer to deny we have these emotions. But naming a thing also makes it easier to understand, and reduces its power over us. Plus, if your are metaphorically going to get coffee with your new friend, the barista needs a name to write on that latte cup.

Next, accept that named emotion without judgement. Recognize that all emotions, like thoughts, are impermanent and fleeting and normal. You don’t judge yourself for breathing, so why judge yourself for feeling? So, instead of rushing home to buy a CSA share or even carving your kid’s lunchbox out of a gourd, you can just accept the feeling for what it is, and you can watch its strength dissipate on its own as new feelings come and go.

Often, just being mindful of the emotion is enough to remove its sting, but a final step can also be a closer examination of why that emotion occurred. For me, the self-induced veggie shaming is not about me actually concerned with my kids’ diets, but my fear of being judged as a bad mom. So, the CSA knee-jerk reaction for me would just be an expensive, zucchini-laden response that wouldn’t address the real issue, and wouldn’t help me when five minutes later I see the mom whose kid is dressed 100% weather appropriate, while mine refused to wear pants, and the negative emotions swing by again for one more latte (can you tell I hang out at coffee shops a lot?).

Mindful awareness of emotions is not meant to eradicate your negative emotions. In fact, when you start paying attention, you’ll notice how many you actually feel, and you’ll probably have an emotional response to that too. But what it does allow is space for self-compassion. You can feel what you feel without judgement. You can observe that emotions, like clouds, come and go. And like clouds, that they are weightless unless you give them weight.

← Off the Mat: Crazy-Making Cycles of Perimenopause
Sense of Place: Patterns in Nature →