Posted on September 26, 2016 By Hilltown Families 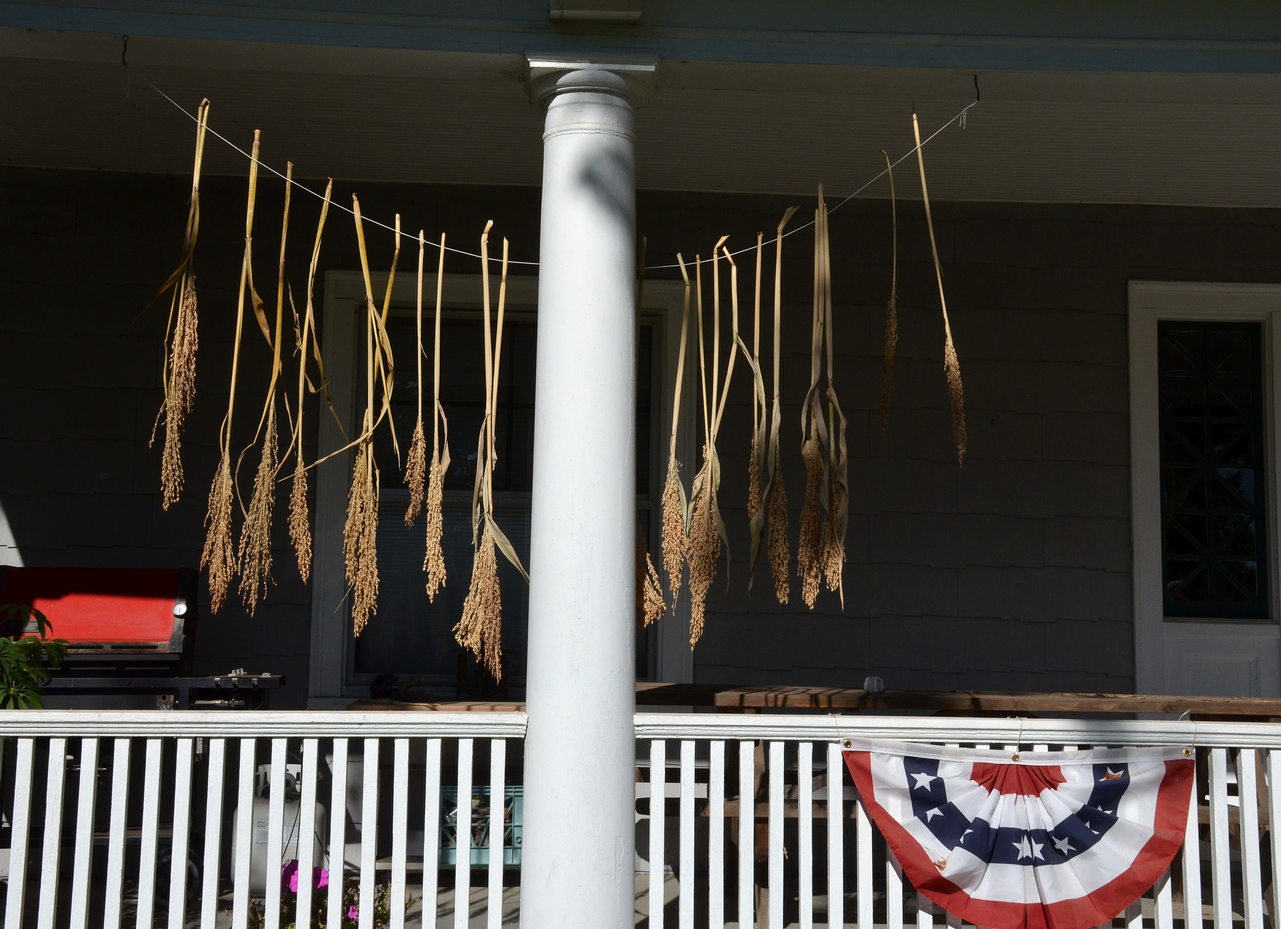 This year at Hatfield’s Fall Festival (Sunday, Oct. 2, 2016), you can learn about two livelihoods: How local people grew broom corn and made brooms to sell in the early to mid-1800s, and how local carpenters (or joiners) likely carved their fancy Connecticut Valley doorways in the mid-1700s. The Hatfield Historical Society, which sponsors and puts on the event, hopes to inspire others to join these artisans in learning about industries from our past by recreating them today. 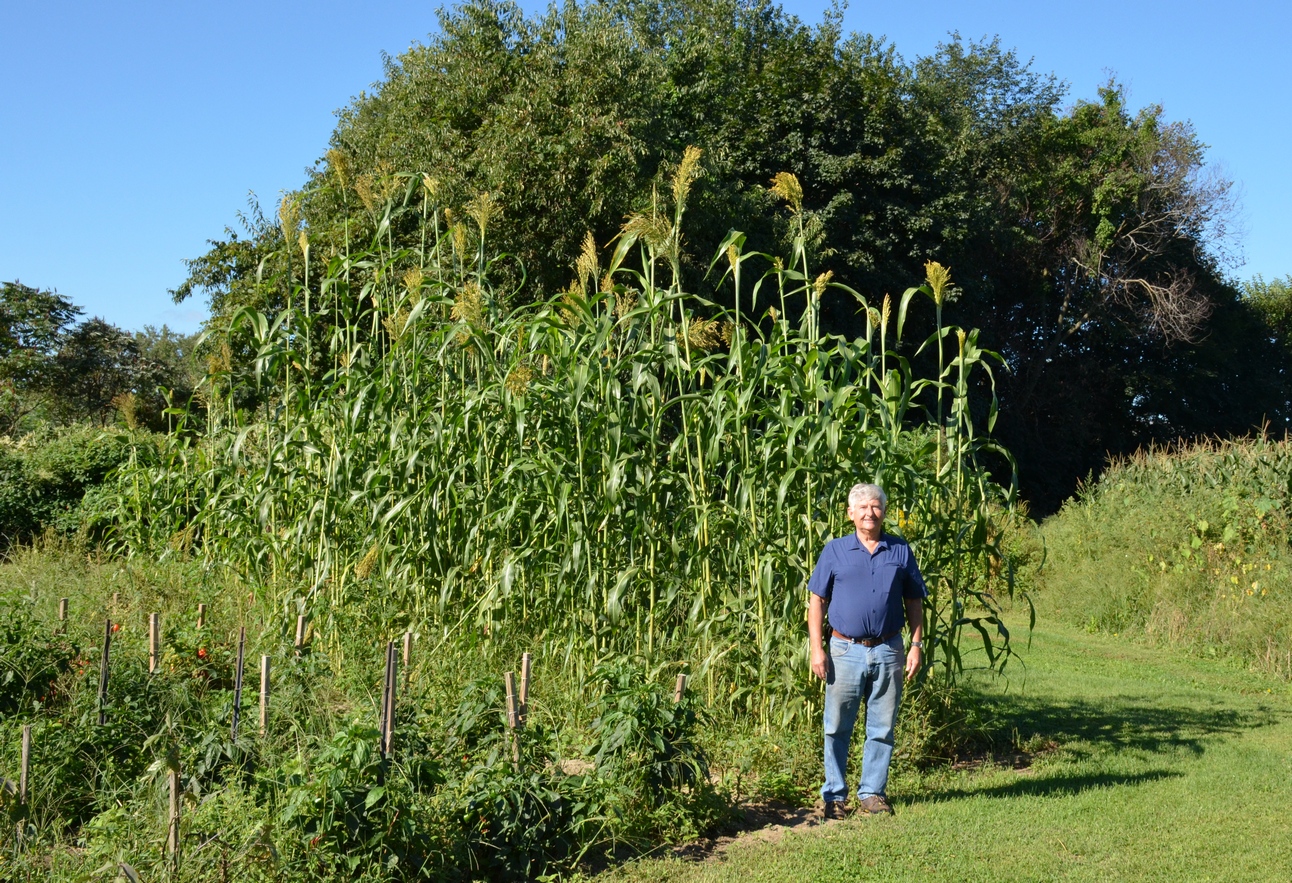 Did you know that for almost 50 years (1800-1850), broom corn was the primary commercial farm product made in the Connecticut River Valley, prior to tobacco and onions? Hatfield Historical Society Vice President Bob Osley and Treasurer Bryan Nicholas both planted broom corn in their back yards this summer — 200 years after the first broom corn was reportedly planted here in 1816 — for the end goal of making brooms at Hatfield’s Fall Festival on Oct. 2, 2016. Like most crops, there’s a lot more to it than just planting the seeds, and these gentlemen farmers have been kept busy as they try to produce and dry enough broom corn to make a handful of brooms. 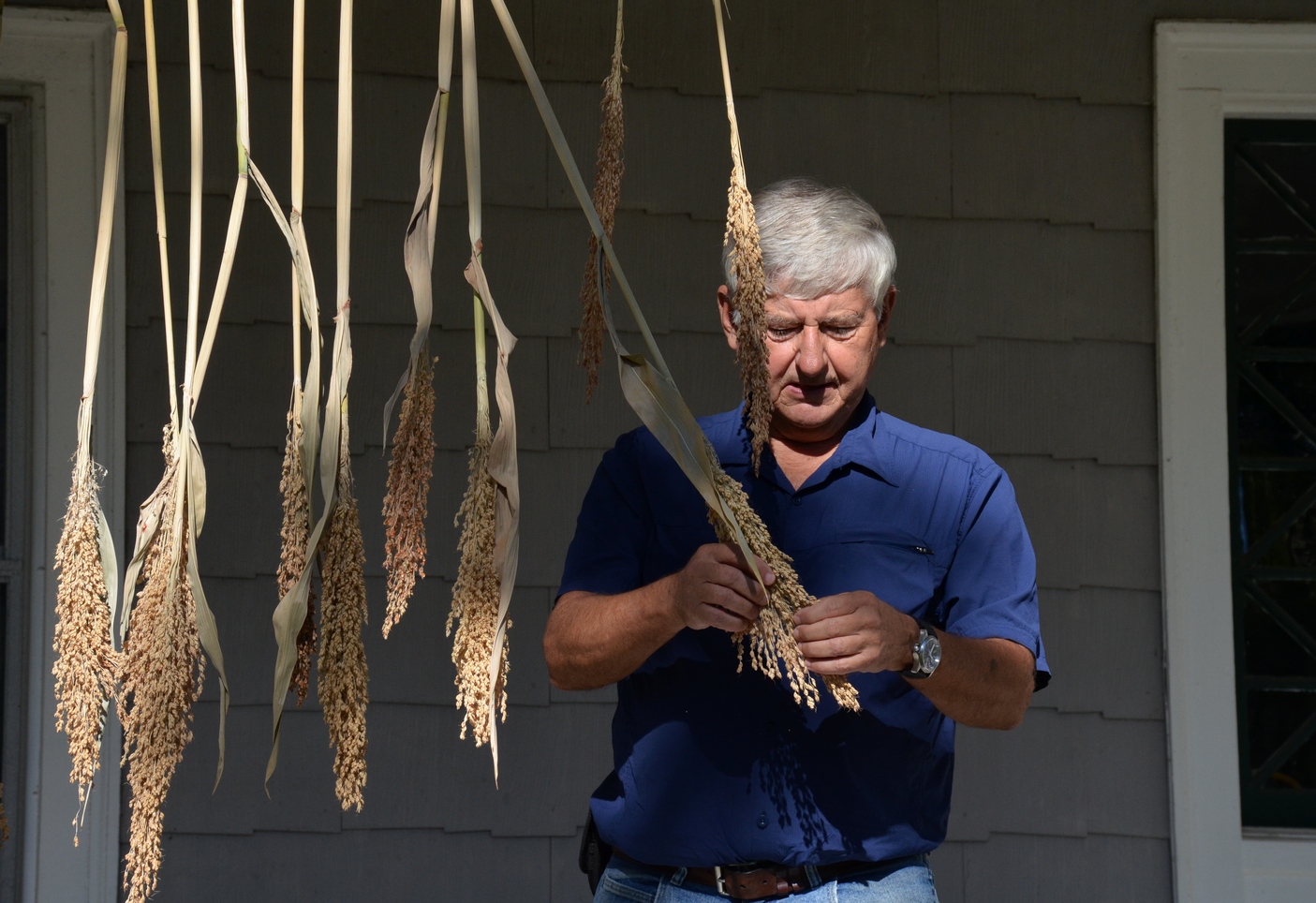 Farm Museum Curator George Ashley will be the one taking the dried and de-seeded broom corn (actually a species of sorghum) and attempting to make brooms using a nearly 200-year-old broom machine during Fall Festival. He is not promising tight, beautiful brooms as broom making is a practiced skill like any other art, but it will definitely be interesting to watch! Ask the broom corn farmers what stages they had to go through to ready their product for production, or ask the Farm Museum Curator how the broom industry got started in the Pioneer Valley at the turn of the 18th century. 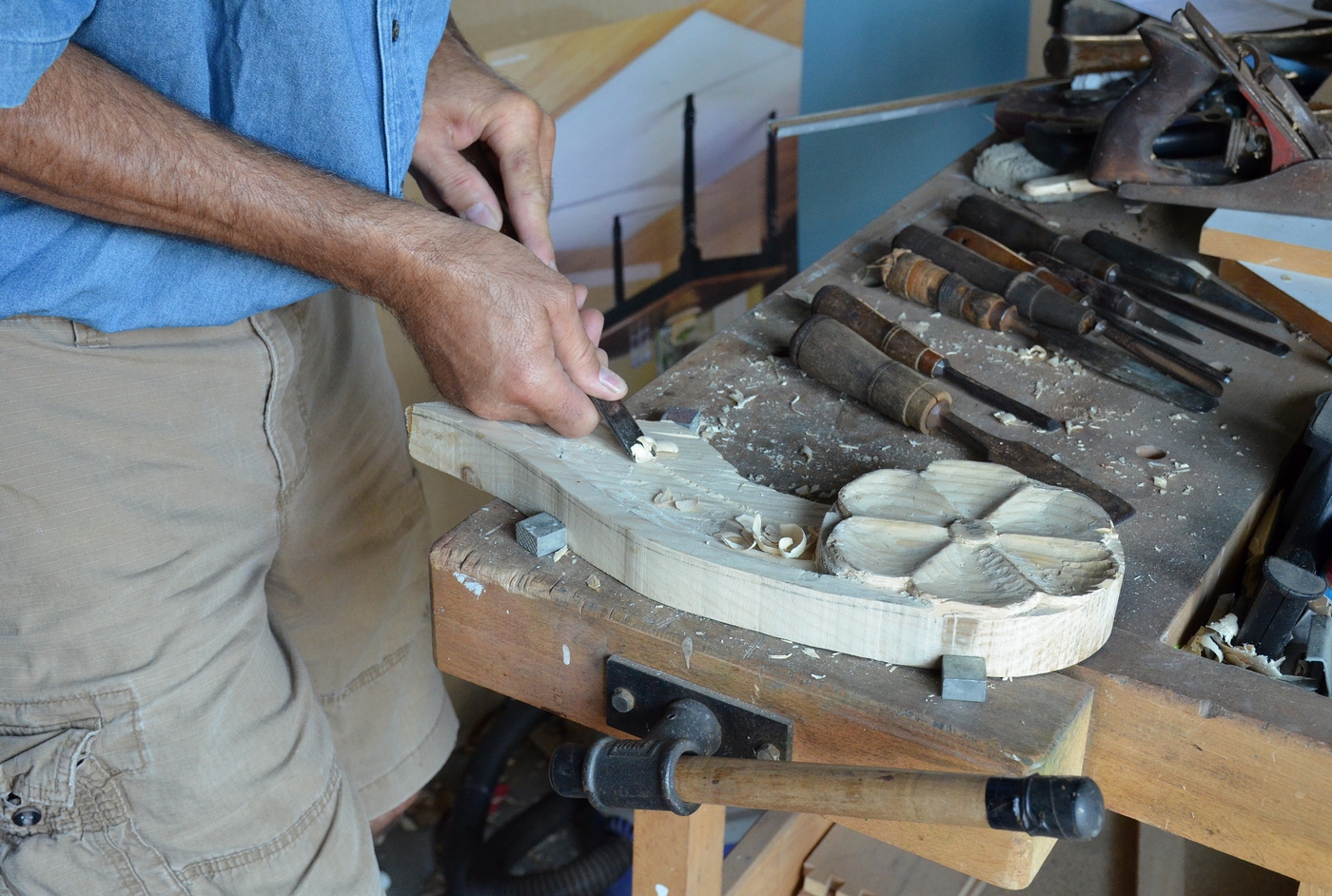 Have you ever noticed the fancy carved doorways that grace some of the still-standing colonial homes in our Valley? Many of these doorways would have been made by a “joiner,” a person who constructs the wooden components of a building, such as doors, door and window frames, and stairs.

At this year’s Fall Festival, Bob Osley (aforementioned broom corn farmer) will demonstrate wood carving, using the types of tools that a colonial joiner would have used (gouges, chisels, planes, hammers, etc…). He will be carving the Connecticut Valley six-petal rosette that was used in the scroll pediment atop colonial doorways, as well as other wood carvings. These doorways were much prized on — or off — their houses, as it turns out!

Bob’s demonstration will go with the exhibit opening Oct. 2 for Fall Festival in the Hatfield Historical Museum (2nd floor of the library), titled “From Hatfield to Boston: Rediscovering Connecticut River Valley Colonial Doorways.” The exhibit will showcase a handful of Hatfield’s carved doorways from the mid-1700s (in photos) — two of which are still on the houses on Main St. — and a few that were sold to museums or collectors. One of the Connecticut River Valley doorways from Hatfield, for instance, was sold to Boston’s Museum of Fine Arts in the 1920s.

How were these doorway carvings made? Bob’s demonstration will give us a window to the past, and he can talk about and show what tools he used and what he’s learned about different woods.

These two special demonstrations will accompany others, including sauerkraut making, loom weaving, wheel-thrown pottery and cooking by Good Stock Farm, as well as many activities for kids, such as old-fashioned games, face painting, balloon animals and real ones. And as in past years, the Festival also includes the Antique Car, Truck & Tractor Show, a Farmer’s Market of produce donated by Hatfield farmers to benefit the Historical Society, a book sale by the Friends of the Hatfield Public Library, local crafters selling their wares, plus food from the Boy Scouts and the Fire Department, and music by Esther Thayer.

The festival will take place rain or shine, Sunday, Oct. 2, 2016 from 11 am to 3 pm on Billings Way in Hatfield, between the Historical Museum / Public Library and the Farm Museum (next to the elementary school). A great learning experience for families of all ages.