Posted on September 6, 2016 By Hilltown Families

Agriculture has it’s influence in all facets of food, habitat, and culture in New England. Artists often reflect back to us this influence in their art work, finding inspiration in the landscape that agriculture has shaped in our region. An exhibit in Deerfield, Farmers’ Castles, showcases the work of western Massachusetts artist Robert Strong Woodward (1885-1957) with a selection of paintings that celebrates our landscape and the castles that dotted the horizons… barns! 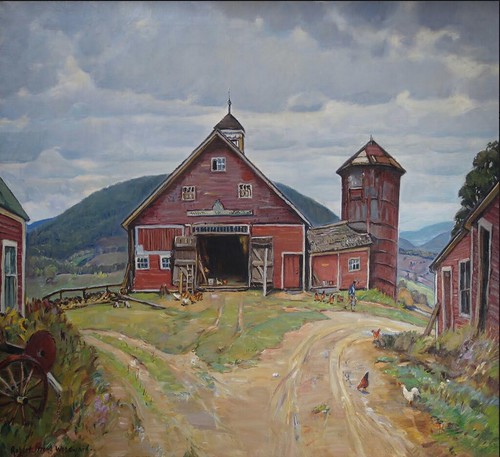 ← In Appreciation: The Value of Being Bored
Learning through the Lens of Textile Arts: Featured Events →