Under the Hat: Songwriting with the Seasons

Posted on September 5, 2016 By Hilltown Families

Songwriting with the Seasons 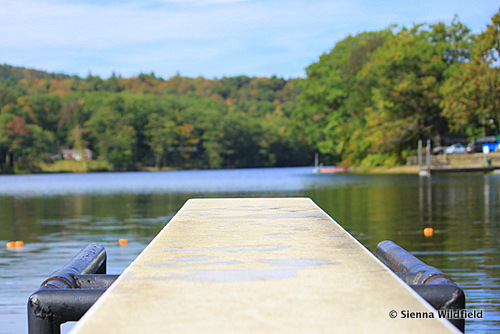 At the end of every summer tour, it’s always an incredible relief to get back to the Pioneer Valley. As grateful as I am to travel around the world making music, the old cliché turns out to be true: there’s no place like home! That’s particularly true for all of us fortunate enough to be based here in Western Massachusetts.

Over the years, we’ve developed a ritual at the end of the long months of summer on the road. As soon as we’re home, we make a point to swim in all our favorite ponds, rivers, and streams that we’ve been missing while we’re performing in big cities. Last week as I was getting out of Ashfield Lake at sunset, I noticed the first few leaves starting to turn under the tree where I’d placed my towel.

As a songwriter, being aware of my surroundings and responding to my emotions are important tools of the trade. Noticing the changing leaves, the sensation of getting in cool water, the feeling of sand on bare feet: any of these experiences could be the spark of a new song.

One of the wonderful aspects of being a songwriter, or a creator of any sort, is that ordinary life can become an endless source of fodder for new work. Nature has always been a great source of inspiration for me, and many of my songs for children were originally inspired by an experience in the natural world.

Whether it be the excitement of a massive snowstorm on a school day (“Snow Day”), observing a gigantic bullfrog in a pond (“Mister Chubby Pants”), or reveling at a day spent playing guitar at the beach (“Vamos a la Playa”), the original inspiration for all of those songs came from a personal experience.

For me, the change from summer to autumn is always a bit melancholy. Perhaps it’s still the kid in me that associates summer with vacation and wants it to last forever. When I look back on the hundreds of songs I’ve written for children and adults, I realize that many were composed in the late summer and early fall.

The fact is we’re most likely to create something powerful whenever we’re feeling strong emotions. It’s the mysterious ability to translate those emotions that influences much of the music, literature, and visual art that we value.

For all of the young songwriters just getting started, this time of year can be a great opportunity to create. Most young songwriters I know have strong feelings about summer ending and the start of a new school year. The question is, who is going to use those feelings as inspiration to write a new story or song? As always, I’d love to hear the songs that you write as you think back on memorable aspects of summer or as you look forward to the year ahead.