In Appreciation: In Praise of Imperfection

In Praise of Imperfection 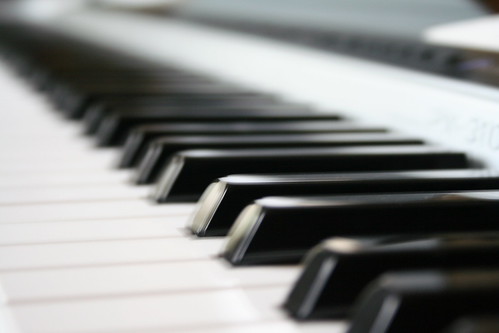 The fear of failure, for many, can be the ultimate buzzkill. As a high-achievement junkie myself, I’ve struggled with those fears firsthand, and recently I’ve been reading and thinking even more on it. In the last few months, I’ve watched my six-year-old daughter get so frustrated playing piano that she gives up after a few minutes because she made a mistake (and she isn’t even taking lessons!). Or she refuses to draw a picture of a dog because she doesn’t do it well enough. So how do I teach her to appreciate and embrace the challenges that inevitably come with learning, instead of deciding to give up because she believes she just don’t have what it takes?

Research by Stanford Psychology Professor Carol Dweck tackles this very conundrum. Dweck breaks down what she calls “implicit views of intelligence” into a spectrum. On one end are individuals with a fixed mindset. According to Dweck, someone with a fixed mindset believes their intelligence, or talent, is fixed, or innate. Because their intelligence is part of who they are, their priority is to be perceived as smart. They find challenges frustrating and anxiety-provoking for just this reason.

First, Dweck argues, praise still matters. But praise should be used with a growth mindset in mind and focus on a person’s effort, strategy, and process, not just outcome. And unlike the self-esteem movement that was a predecessor to Dweck’s research, the praising of effort should be in service to the learning, not a reason to praise in and of itself. For example, when praising effort, Dweck suggests that instead of saying “Don’t worry, you’ll get it if you keep trying,” to say “The point isn’t to get it all right away. The point is to grow your understanding step by step. What can you try next?” Another example Dweck offers is on how to better praise accomplishment. Instead of saying “good job, you are so talented,” to say “good job, you worked really hard.”

Another practice is using visualizations of the brain’s actual growth. In one study, researchers explained to one group of students that every time they challenge themselves to learn something new or hard, “the neurons in the brain can form new, stronger connections, and over time they get smarter.” They found that students offered this visualization were more willing to take on challenges and scored better than the students who were not. They could actually imagine the very real brain growth taking place.

While there are critiques of Dweck’s research and it’s oversimplification over the years, it is worth thinking about how we praise learning, and how we can help shape the way our children feel when faced with a challenge.