Off the Mat: Honest Questions About Honesty 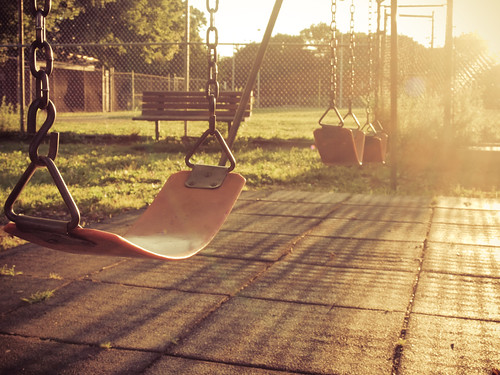 I reach her 10 minutes before dismissal, so time is limited. The swing-set scuffle was typical and the other child thankfully is fine. “I’m less concerned about the shoving,” she shares in a carefully modulated voice, “than his insisting on a false story.”

When I concur, yes, we’re seeing this at home lately, we’re working on it, her voice relaxes. This was not news to a parent she barely knows. We talk strategy and messaging, educator to parent and mom to mom.

Honesty. Why is it so hard?!

I know lying is normal. Developmentally appropriate. Remember the Family Circus cartoons (do they still run that comic?) where Not Me was a character the kids all pointed to? It’s the cover ups that bother me.

When my kiddo was a toddler, I found a broken window. First I wondered what object struck from outside. No, said the voice of reason in my head, you have a son.

I asked him, which toy broke the window? I could see him weighing his options, recognizing even at age two that answering honestly would be admitting guilt. He chose honesty.

Good. Next time, please tell me right away when something breaks. Broken glass can hurt you badly. It’s not safe to leave it on the floor.

Fast forward 5 years. The forthright child is gone. Well, hopefully just hiding. Truthfully (there’s that word again) I’m not really concerned about now. In part because his lies are so darn obvious that it’s easy to deconstruct them! It’s 5-10 years ahead that concern me.

I want a relationship with my son where he will actually call when he’s drunk and needs a ride. Will admit when he’s wronged a friend and needs support to make it right. I want to build honesty now.

The Yoga Sutras – philosophical underpinnings of yoga – detail ethical practices for right living, kind of yoga’s version of the 10 Commandments. Second on the list is Satya, translated as truthfulness and sincerity. Sanskrit scholar Nicholai Bachman defines Satya as “when our thoughts, words, and actions are consistent with each other.” Bachman’s book The Path of the Yoga Sutras, a Practical Guide to the Core of Yoga presents exercises for personal reflection:

Give examples of when you did something while thinking “I should not be doing this.”

How do you feel after you have lied? Told the truth, even when it was difficult? Pretended you knew something when you did not? Admitted you were wrong?

My hubby and I turn to honesty. We each share childhood examples of getting caught, and getting away with dishonesty. The latter still haunts today.

It’s hard. Everybody makes mistakes. Everybody does things we wish we hadn’t. It’s what you do then that matters. Fessing up to something you did wrong, especially when it has hurt someone else, is one of the hardest things to do. For grown-ups, too! How are you going to make it right with the friend you hurt? How are you going to show Ms. C she can trust you?

One aspect I love (and hate, but mostly love) about yoga as a competitive practice is it asks questions rather than giving answers.

How do you respond when your children lie or won’t take responsibility for their actions?

← Learning Ahead: June 6th-10th, 2016
Lawn Concerts Strengthen the Social Fabric of a Community via Live Music in Green Spaces →