Exploring the History of Fashion through Bicycling 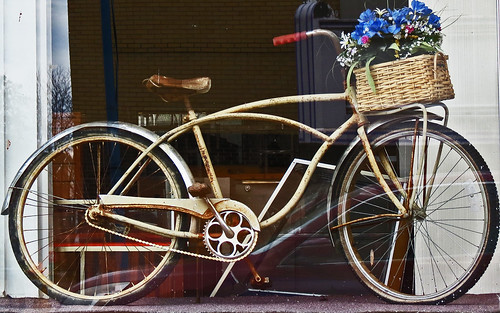 Local bike ride modeled after rides across the pond, bring placemaking to the streets while raising funds and learning through the lens of history!

Typically, bicycling attire for a modern American involves flexible athletic clothing and sneakers. But at the beginning of cycling history, during the early 19th century, cyclists wore their typical, everyday clothing even when using bicycles for transport. In fact, women’s fashion of the time was a hindrance to their ability to ride, and this was a catalyst for change in women’s style of dress and in the design of the bicycle as manufactures began marketing towards women.

Early English cycling attire was similarly refined, which is the inspiration behind the local community event, Tweed Run. This event started in London in 2009. Attendees were invited for a casual bike ride dressed in traditional tweed attire, preferably on vintage bicycles. Families in western Massachusetts are encouraged to do the same at the Annual Spring Tweed Ride in Northampton. This annual event is a fun opportunity to dress up in vintage attire (if you wish) and get some exercise with your family. It is also an opportunity to discuss the history of bicycling and the history of fashion in England and the United States. For more info, visit www.sweetspoken.com

Follow your interests in textiles, history and bicycling with these related archived posts:

Other related archived posts include: