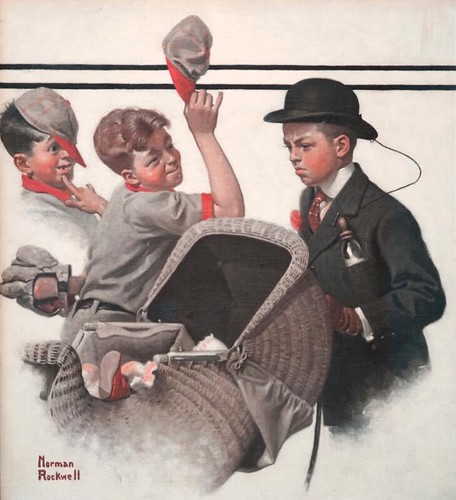 In 1916, Norman Rockwell painted his first cover for the Saturday Evening Post, the magazine considered by the artist to be the “greatest show window in America.” For the next 47 years, millions of Americans welcomed Rockwell’s art into their homes, enjoying the artist’s iconic cover and interior art. This intimate connection with Rockwell’s art made his images part of the fabric of American lives. Build a Better Baby Carriage at the Norman Rockwell Museum will feature original three-dimensional artworks inspired by Rockwell’s first Post cover, Boy with Baby Carriage. Weaving a tapestry between old and new, this showcase highlights Rockwell’s contributions to the art world and how, a century later, his work continues to impact and inspire contemporary artists. The exhibit runs from May 14, 2016 through October 30, 2016 at The Norman Rockwell Museum. 413-931-2278. 9 Glendale Road (Rt. 183), Stockbridge, MA. (FREE W/ ADMISSION) 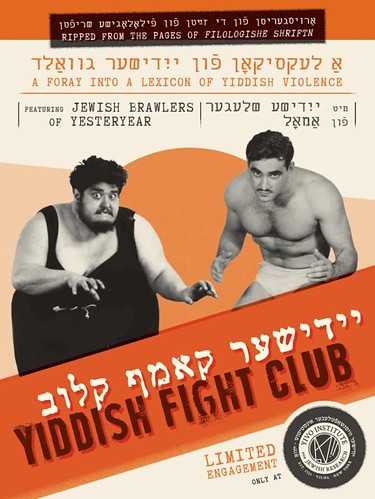 The stereotypes say that Jews don’t know how to fight. The reality is that not only do Jews bring the ruckus, but there exists a rich Yiddish vocabulary that vividly describes exactly how they do it. The Yiddish Fight Club exhibit at the Yiddish Book Center combines the now-forgotten slang of a violent Yiddish underworld with images of Jewish brawlers from the past. An exhibit of the YIVO Institute for Jewish Research in New York, this powerful showcase highlights how skillful, spirited fighting particularly excited those who had vivid memories of powerlessness. Curator Eddy Portnoy reflected on the time his father-in-law, who was a child during World War II, had the privilege of watching a wrestling match for the first time. Portnoy stated, “After all that happened, to see a powerful Jew was incredibly moving to him.” The exhibit will be on display May 15, 2016 through September 30, 2016 at the Yiddish Book Center. 413-256-4900. 1021 West Street. Amherst, MA. (<$) 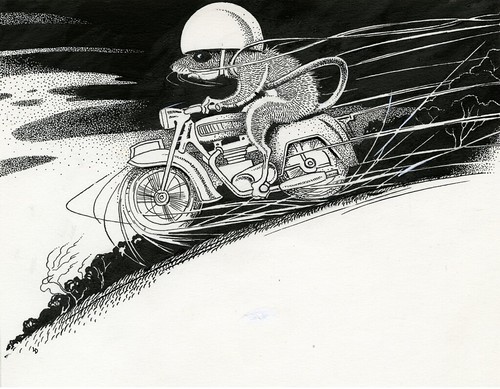 In honor of Beverly Cleary’s 100th Birthday, the Eric Carle Museum of Picture Book Art presents Louis Darling: Drawing the Words of Beverly Cleary. In this exhibit, Darling’s iconic images give life to Cleary’s most beloved characters – Ramona, Beezus, Henry Huggins, Ellen Tibbets, and Ralph S. Mouse. The artist has been illustrating Cleary’s characters since 1950 when he was assigned as an illustrator for her first book, Henry Huggins. Darling went on to illustrate most of Cleary’s early books – twelve in total – before his untimely death. The showcase will feature preliminary sketches, finished artwork, correspondence between author and illustrator, and period photographs. Viewers will learn how the merging of Darling’s vision with Cleary’s words helped these stories become modern classics. The exhibit is on display from May 17, 2016 through November 27, 2016 at the Eric Carle Museum. 413-658-1100. 125 West Bay Road, Amherst, MA. (FREE W/ADMISSION)

Robert Hite is an accomplished painter, sculptor, and photographer whose work often includes components of all three disciplines. Hite creates small-scale structures, dwellings, and living spaces, many of which then become central to his photographs once they are sites in the landscape. He finds inspiration in the ever-present influence of nature and the narrative tradition of his Southern upbringing. As part of a special collaboration with The Berkshire Museum, this exhibition is part of a shared exhibit set to explore the indoor and outdoor settings of the two venues. Living on Earth: The Work of Robert Hite at the Hancock Shaker Village will showcase two major site-specific installations and 4 to 6 other pieces of the artist’s sculpture in the outdoors, amid its gardens and iconic buildings. A section of Hite’s paintings will be on view in the Poultry House Gallery. — At Hancock Shaker Village, Hite’s display will feature a 30-foot rail fence with flowers climbing the posts, along with smaller pieces that will be installed on the grounds. Hite is careful about keeping with Shaker attitudes about home, design, and the stewardship and conservation of natural resources. He draws on sensibilities that align with the mission of the Village and investigates domiciles and repurposed materials that honor and follow Shaker tradition. — Viewers may also be interested in seeing part two of Robert Hite’s display, which begins in June at the Berkshire Museum. You can get more information about this collaborative exhibit by clicking here. The Village outdoor exhibit will be on display May 26, 2016 through October 30, 2016 at the Hancock Shaker Village. 413-443-0188. 1843 West Housatonic Street, Pittsfield, MA. (FREE W/MUSEUM ADMISSION)

Entry Point
Daniel Arts Center at Bard College at Simon’s Rock
On view through May 4, 2016

MOTHER’S ARMS: Kathe Kollwitz’s Women and War
Smith College Museum of Art
On display through May 28, 2016

Dancers of the Nightway: Ceremonial Imagery in Navajo Weaving
Mount Holyoke College Art Museum
On view through May 29, 2016