In Appreciation: Mindfulness in Action

When Life Gives You Lemons, Be Mindful of Them 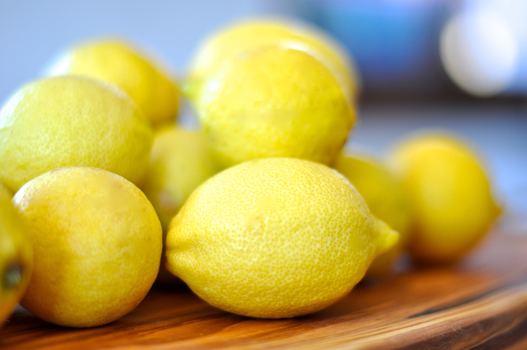 Sometimes the greatest mindfulness lesson you can give your children is the one you teach yourself. That’s what happened for me when I finally chose to pay attention to my clumsy struggle to adapt to plans that go awry.

This was going to be a post about basic exercises to teach mindfulness with your children. Then I had a little lesson in mindfulness myself, and decided to write about that instead—because teaching your children about mindfulness sometimes means taking a big dose of your own mindful medicine.

Despite the existential dilemma of it all, I am a big fan of plans. Now plans are fine, but not if they create issues for you whenever things don’t go as planned (and with kids that means plans often don’t go as planned). Other people are able to seamlessly turn the lemons of thwarted plans into lemonade. But me? Not so much.

On the day I had scheduled to work on this post and myriad other projects, I woke up to an April snowstorm that had one kid staying home from school with a snow day, and a preschooler with a very bad cold and difficulty breathing (an issue that has brought her to the hospital before). I had just passed a sleepless night with her, administering her inhaler and counting her heart rate to make sure she was improving, and then a morning where all my carefully constructed plans continued to unravel. I am a creature of routine and I don’t love surprises, so while these kind of days aren’t unexpected, they are always painful for me. And that day I decided to try to be mindful of the pain instead of just scrambling to cope.

The practice of mindfulness has two components. First, it is to pay attention to the world around us in the present moment, including our emotions and thoughts, and secondly, to do this observation in a non-judgmental way. Simple? Yes. But by no means easy.

I noted my emotions throughout the day. Anxiety for the work I was not doing because I had to rearrange my schedule to be home with the kids. Anxiety for the work I was doing, because I was not paying attention to my kids. Stress getting them to the doctor’s office during a snowstorm and figuring out how to keep them busy while we waited. Annoyance at my husband for being at work. Apprehension for my child who was sick. Guilt that my healthy child was watching television so I could rest. Exhaustion on a physical and emotional level from my sleepless night. Desire to escape all my emotions that I didn’t know how to deal with by watching Beyoncé videos on YouTube. (No joke. We all cope in our own ways) And frustration and more guilt that I couldn’t mentally just get over it and make lemonade with my lemons like all those positive quotes on Pinterest always tell me to do.

The purpose of these observations was not to “solve” the problem. I didn’t resolve to figure out how to multi-task better or decide how much screen time would be okay before I should feel guilty. Instead, I wanted to just observe the feelings and thoughts. This was something I had not tried before, unlike the former options.

Once I became aware and non-judgmental about my emotional reactions to experiences, then I could make better decisions around them. After all, by paying attention, I noticed that most of my reactions and struggles were in response to the judgements I was heaping on myself for feeling guilty, anxious, and annoyed, and not on the situation itself. Mindfulness didn’t miraculously transform that day into a perfect one, but it did quiet my mind and gave me an imperfect day I could begin to be at peace with.

So next time life gives you lemons, maybe just stop and observe the flavor before deciding to turn it into something else. Mindfulness in action. And a lesson well-learned.