Posted on February 29, 2016 By Hilltown Families

This innovative exhibition will feature the art of architect Stephen Dietemann, along with that of three photographers who have documented Dietemann’s architectural work. The artist has been designing award-winning, energy-conscious, sustainable, contemporary residences in the Berkshires since 2002. He places emphasis on creating homes that not only work on, but enhance, challenging sites. As Dietemann notes, the completed work of architects, especially those who design residences, is rarely seen by more than a few individuals; thus architecture is primarily shared through photography. BerkshireNow: Stephen Dietemann at the Berkshire Museum explores the essential symbiotic relationship between the architect and the photographers who capture and interpret his work. Viewers have the rare opportunity to view how photography captures the “soul” of a building, that which lies just beneath the mechanical and physical surfaces of the final structure, which would otherwise remain largely hidden. The exhibit will be on display from March 5, 2016 through May 22, 2016 at the Berkshire Museum. 413-443-7171. 39 South Street, Pittsfield, MA. (FREE W/ADMISSION)

Magician of the Modern: The Art of Leonard Weisgard
The Eric Carle Museum of Picture Book Art
March 8, 2016 through June 5, 2016

Leonard Weisgard was the first American illustrator to bring the new visual language of modernism to the picture book. As a young boy, Weisgard found himself disinterested in the sentimental realism found in illustrations of that time. His thought that the world “could not be limited to only one color” sparked his interest in developing a more dynamic and playful approach to visual art. In a career spanning six decades, Leonard Weisgard used his whimsical, semi-abstract style to create illustrations in over 200 children’s books including Cinderella (1939), The Golden Egg Book (1947), and The Funny Bunny Factory (1950), among others. At The Eric Carle Museum of Picture Book Art, Magician of the Modern: The Art of Leonard Weisgard will feature 90 original illustrations representing every major phase of his career, including the public debut of twenty seminal paintings recently restored by The Carle. The exhibit will also feature the artist’s drawing table, a sampling of his art materials, archival photographs, and examples of Weisgard’s New Yorker and other editorial and commercial art. Using various mediums, including paint, crayon, chalk, gouache, pen, and ink, Leonard Weisgard was able to coax his characters and scenery to life through color and creativity. This visual experience will take viewers on a journey through Weisgard’s vibrant career, and the ways in which he revolutionized illustration in children’s literature. The Eric Carle Museum of Picture Book Art. 413-658-1100. 125 West Bay Road, Amherst, MA (FREE W/MUSEUM ADMISSION)

The Shape of Things at the Nash Gallery features the work of artist Laura “Woobie” Bergstrom. The showcase features original pieces that explore shape and form with a focus on the human body. These pieces have been created through the use of pyrography, a method of decorating wood or leather by burning a design on the surface with a heated metallic point. Viewers can view the result of this fascinating technique during the exhibit, which runs now through March 9, 2016 at the Nash Gallery. 413-529-9393. 40 Cottage Street, Easthampton, MA. (FREE) 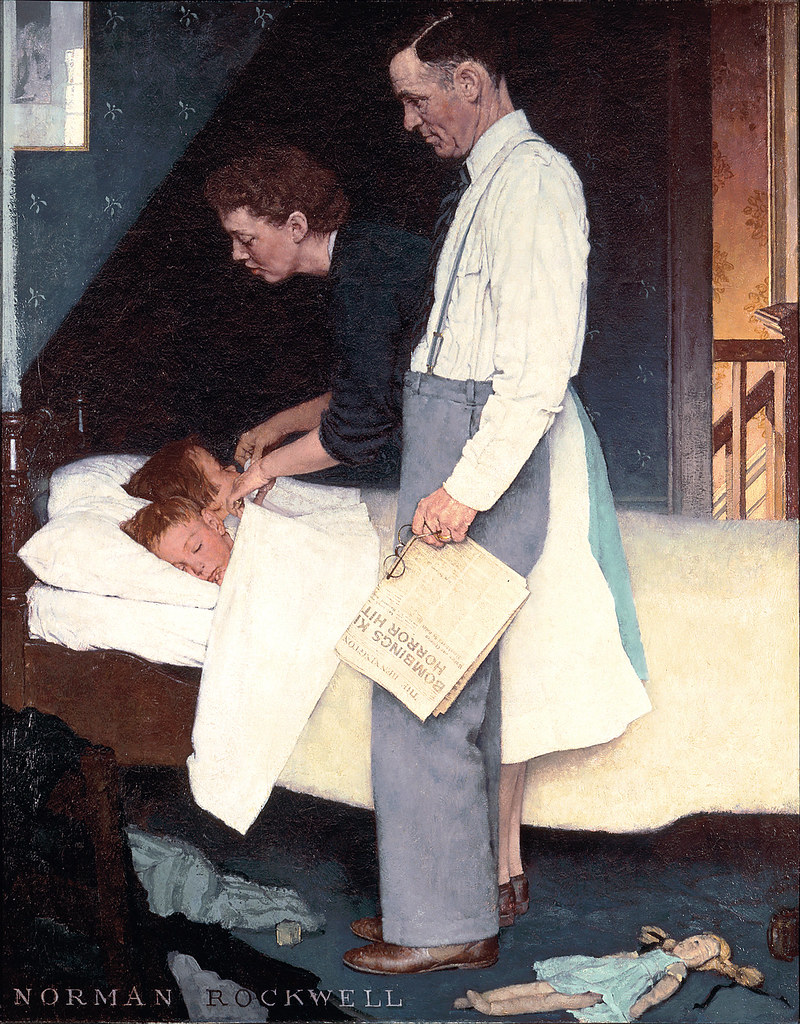 In his January 6, 1941 address to Congress, President Franklin Delano Roosevelt articulated his vision for a postwar world founded on four basic human freedoms: freedom of speech, freedom of religion, freedom from want, and freedom from fear. The Reimagining The Four Freedoms exhibit at the Norman Rockwell Museum will reimagine Norman Rockwell’s famous Four Freedoms painting for the 21st century. This unique display will feature original artworks by high school students from New York State, offering viewers an opportunity to experience modern interpretations of FDR’s timeless message. This exhibition will run from March 11, 2016 through April 3, 2016 at the Norman Rockwell Museum. 413-298-4100. Route 183, Stockbridge, MA. (FREE W/MUSEUM ADMISSION)

Not Theories but Revelations: The Art and Science of Abbott Handerson Thayer
Williams College Museum of Art
March 11, 2016 through August 21, 2016

Abbott Handerson Thayer is a renowned twentieth century painter who was at the center of a raging debate around Darwin’s theories of evolution. He is best known for his paintings of ethereal angels, landscapes, and delicate flowers. As much a scientist as an artist, Thayer’s study of the visual world expressed itself in articles published in major scientific journals, an epistolary debate with Theodore Roosevelt, and in the development of the first prototype of military camouflage. Not Theories but Revelations: The Art and Science of Abbott Handerson Thayer at Williams College Museum of Art is the first exhibition to address Thayer’s artistic practice as part of his broader investigation of animal and human concealment. Viewers will experience the merging of science and art, while increasing their understanding of how the artist’s original, controversial, and radical views held historic influence. On display from March 11, 2016 through August 21, 2016 at Williams College Museum of Art. 413-597-2429. 15 Lawrence Hall Drive, Williamstown, MA. (FREE) 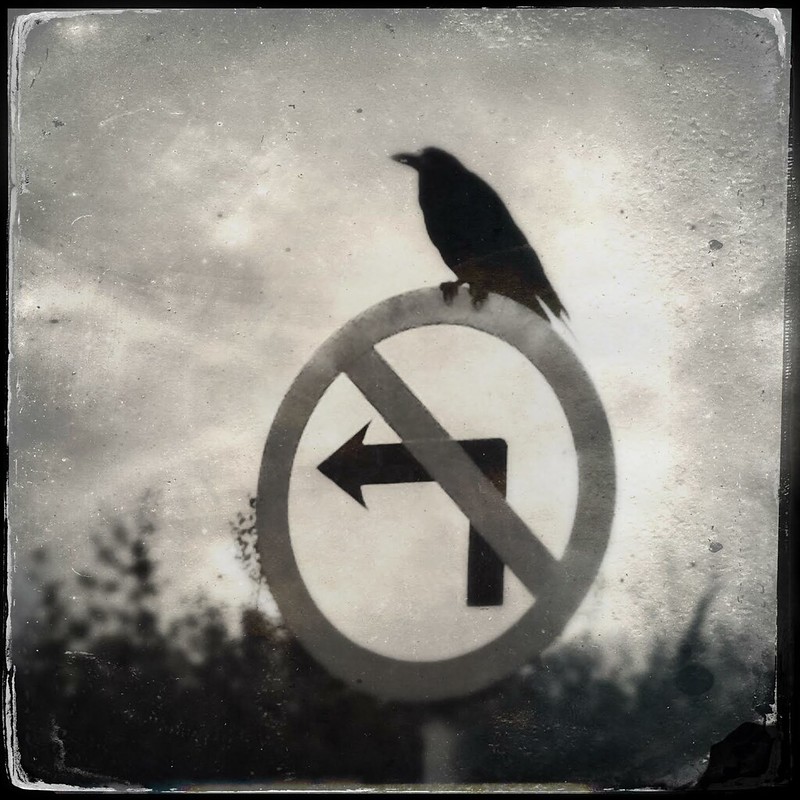 This exhibit, 17 Mysteries and Signs: Tintypes in the Digital Age at Nina’s Nook, will feature the art of Ruth West, an internationally recognized artist who has been working with digital art, particularly digital collage, flash interactivity, and web design, for the last 30 years. Ruth’s art pieces touch the non-verbal part that comes with seeing, as each piece hovers on the edge of a full story. Linear time is suspended by mysterious, dreamlike elements that offer glimpses of a story just out of reach. Through the use of technology, West presents a modern series that captures the eerie ‘otherworld’ feeling often present in centuries-old photographs. Printed on aluminum in intimate sizes, each piece highlights West’s fascination for showing only part of a story. The art evokes curiosity and mystery, as subjects often have their backs turned to the viewer or exist only in shadow. Locations are unearthly and words and signs appear as the focus of some pieces, surreal in their format. Prints will also be available for purchase. The exhibit is on display from February 4, 2016 through March 12, 2016 at Nina’s Nook. 413-834-8800. 125A Avenue A, Turners Falls, MA. (FREE) 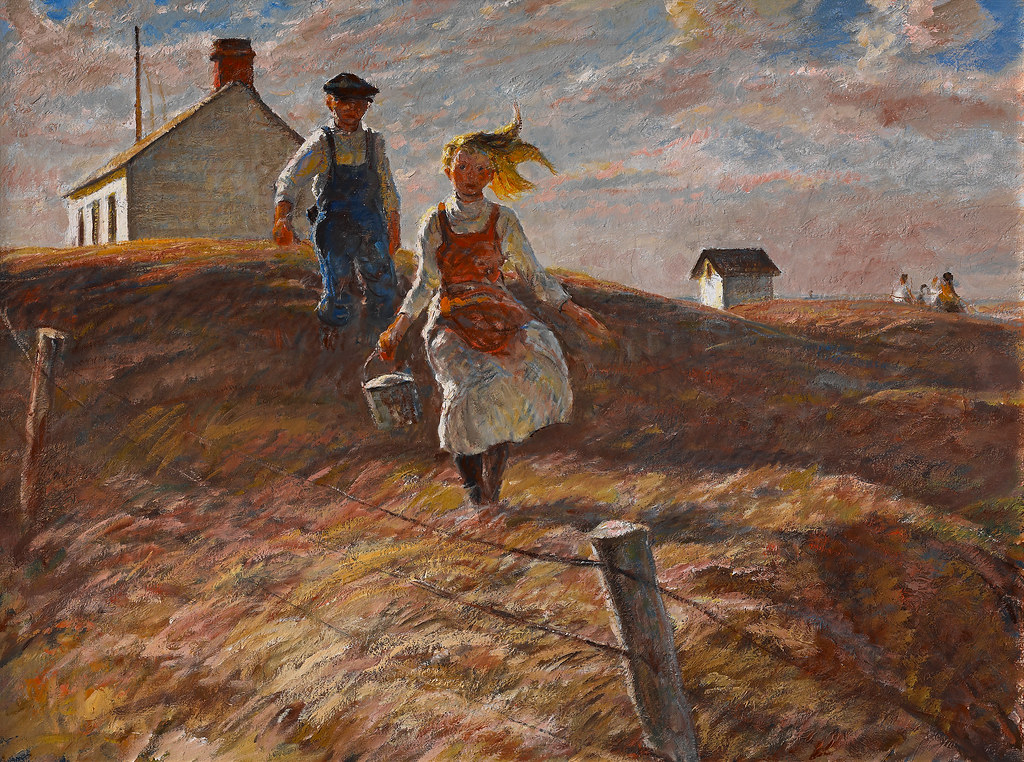 Harvey Dunn was an illustrator best known for depicting the harsh realities of World War I combat, as well as portraying the healing comfort of life on the prairie. Dunn is also credited for instructing and inspiring a number of successful artists, such as Dean Cornwell, Mead Schaeffer, Harold von Schmidt, and Lyman Anderson, among others. This exhibit, Masters of the Golden Age: Harvey Dunn and His Students at the Norman Rockwell Museum, will feature over 85 paintings by Dunn and his prodigious students. Displays will also include illustrations from prominent periodicals, including Harper’s and The Saturday Evening Post. Harvey Dunn was an influential and vital part of our visual history. His work captivates viewers as it documents the adventure and mystery of the World War I era, while also providing an intimate and historic glimpse of homestead life on the prairies of South Dakota. This exhibit will be on display now through March 13, 2016 at the Norman Rockwell Museum. 413-298-4100. Route 183, Stockbridge, MA. ($$)

Artist Chris Page of Belchertown has created a new series of painting and photographs that explore the optical and experiential awareness in varying New England environments. Based in witnessing the ocean surf and the horizonless daytime sky, Moment by Moment: Painting and Photographic Suites at the Bing Arts Center features Page’s multi-image, photographic pieces that capture an unfolding process and flow of experience in the landscape. This display offers viewers the opportunity to witness the work of a local artist whose use of gestural rhythms come together to create large-scale visual fields that embody a sense of meditative calm. The exhibit runs now through March 26, 2016 at the Bing Arts Center. 413-731-9730. 716 Sumner Avenue, Springfield, MA. (SUGGESTED DONATION)

Book lovers will relish in this unique exhibit that explores the relevancy of libraries in the age of technology. The six artists in Bibliothecaphilia at MASS MoCA explore the medium and ethos of libraries, including the escapism that libraries offer, along with their capacity to hold not only physical books but to cultivate experiences and knowledge. Ranging in scale from intimate to expansive, the works lend themselves to both private contemplation and public exchange, while inviting us to imagine what might be lost if libraries, an all they encompass, should truly disappear. Bibliothecaphilia is on display now through March 2016 at MASS MoCA. 413-662-2111. 1040 MASS MoCA Way, North Adams, MA. (FREE W/ADMISSION) 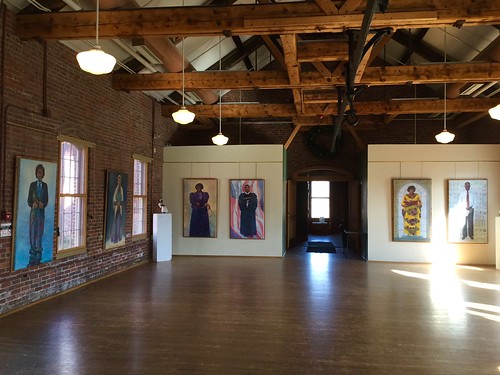 In celebration of Black History month, Portraits of African Americans: Past and Present at the Great Falls Discovery Center will feature honorary work by artists Louise Minks and Belinda Lyons Zucker. Louise Minks will exhibit 10 portraits painted between 1993 and 1994 of African Americans who have either lived, worked, or spoke in the Pioneer Valley. These include Lucy Terry Prince, Sojourner Truth, Frederick Douglass, Martin Luther King Jr. and more. Belinda Lyons Zucker is a multi-media artist who creates detailed handmade dolls with expressive clay faces that represent historic African American figures, family members, and memories of people she has known throughout her life. The gallery is a celebration of the lives and contributions of African American people, particularly those who have directly influenced the Pioneer Valley community. The exhibit will be displayed from February 5, 2016 through March 31, 2016 at the Great Falls Discovery Center. 413-863-3221. 2 Avenue A, Turners Falls, MA. (FREE) — A Black History curriculum packet has also been assembled with many of the resources being collected from local sources. Great place-based learning resource for all educators and home schoolers. 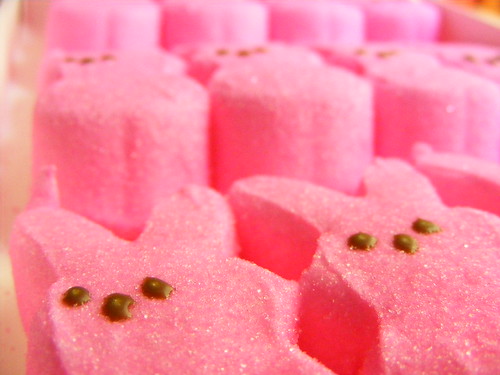 CALL FOR ENTRIES/CREATIVE-FREE PLAY: 2016 Lenox Peeps Show . Artists of all ages are invited to participate in the the 2016 Lenox Peeps Show at The Ventfort Hall Mansion and Gilded Age Museum. Participating artists are asked to make a diorama based on a theme representative of Berkshire County, and must be created out of your favorite Peeps treats. First, second, and third prize ribbons will be awarded in all categories and a PEEPles Choice ribbon will be given for best diorama overall determined by popular vote of all those attending the unveiling on March 19th. This offers artists in all age categories the opportunity to participate in this fun contest that combines food, art, and local culture. Official rules can be found on the entry form. All entries must be delivered by 3:00 pm on Tuesday, March 15, 2016 to The Ventfort Hall Mansion and Gilded Age Museum. 413-637.3206. 104 Walker Street, Lenox, MA. (FREE)

CALL FOR ART/SCULPTURE: The town of Montague and Turners Falls RiverCulture are requesting proposals for a public sculpture to be installed in the new pedestrian park on the corner of Avenue A and 3rd Street. Any artist in the United States may apply, and an award will be granted to the winning proposal. This offers a wonderful opportunity for local sculptors to submit their work in consideration for permanent public display. Proposal information can be obtained by contacting the Turners Falls RiverCulture or the Town of Montague. Submission deadline is April 28, 2016. (FREE)