Posted on February 23, 2016 By Hilltown Families 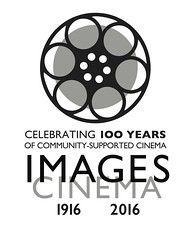 Images Cinema celebrates 100 years as a continuously operating theater this year! To mark this momentous occasion, this nonprofit independent movie theater will host a number of special events and screenings throughout the year, culminating with a special cinematic celebration at the theater on November 30, 2016—100 years to the day that the first film screened in Williamstown.

In November 1916, Hiram C. Walden converted a former Williams College fraternity house into a movie theater, promising to screen only “high class” fare with live musical accompaniment. One hundred years later, movies are still screening, making it one of the oldest continuously operating movie theaters in the world.

To commemorate its century of history, Images is launching 100 Years of Images, a year-long film series that feature an array of films, guests and other special events. The series will be a countdown through the decades, revisiting favorite films from the golden age of Hollywood, the New Hollywood of the Seventies, the independent movement of the Eighties and Nineties to today. With events planned for both inside and outside of the theater itself, the series will be as rich and varied as the history of film itself.

The series will begin at the end of February with Kevin B. Lee and the Video Essay, a forward-looking program that examines the online landscape as an outlet for cinematic creativity and criticism. In March, Images will pay tribute to the ’00s by screening Images’ audience’s most popular film of that decade, Little Miss Sunshine, followed by a Q&A with the film’s directors, Jonathan Dayton and Valerie Faris. Acclaimed director-producer team John Sayles and Maggie Renzi (both Williams alumni) will visit Images in April for an evening of film and conversation.

The series will continue throughout 2016 with films and special events that include Do the Right Thing, The New Hollywood with Rolling Stone’s David Fear, Jaws Dive-In Theater, Singin’ in the Rain, Double Indemnity with the New York Times’ Wesley Morris and more.

February 27 at 2pm
Kevin B. Lee and the Video Essay
Williams’ graduate Kevin B. Lee (English ’97) has been described as the “king of the video essay” by the New York Times. Riding the new wave of personalized media enabled by digital technology and social media, video essays are an interactive phenomenon that is part film criticism, part fan letter and remarkably creative. Lee will screen several video essays, including his own acclaimed Transformers: The Premake, which has screened at film festivals worldwide, and discuss the history and mission of this emerging genre. — Co-Presented by Williams College Alumni Relations

March 7 at 7pm
Little Miss Sunshine
2006. Directed by Jonathan Dayton and Valerie Faris
The most popular film of the decade at Images, this subversive comedy from husband-wife directing team Jonathan Dayton and Valerie Faris follows the Hoover family as they pile into a rusted-out VW van. This hilarious look at what it means to be a family features an amazing cast, including Greg Kinnear, Steve Carell, Toni Collette, Paul Dano, Abigail Breslin and Alan Arkin.

Filmmakers Jonathan Dayton and Valerie Faris will join in via Skype for a post screening discussion of their record-breaking film, which is celebrating its own tenth anniversary in 2016.

April 11 at 7pm
An Evening with John Sayles and Maggie Renzi
John Sayles and Maggie Renzi have been creative partners, in life and in art, since the early seventies, after meeting at Williams College. (He’s class of ’72; she’s ’73.) Throughout their career, their films have epitomized the best qualities of American independent cinema: impactful stories with memorable characters. In the nineties, their work found its widest audience with the Academy Award-nominated Passion Fish and Lone Star.

As part of this evening, filmmakers John Sayles and Maggie Renzi will join us in-person for an onstage conversation about their work, accompanied by a screening of a digitally remastered City of Hope, which is celebrating its own twenty-fifth anniversary in 2016, their award-winning look at the personal cost of politics in a great American city.

The 100 Years of Images series will continue through November 2016.

Images Cinema is a year-round non-profit, member-supported community film house that presents a wide range of films that impact filmmaking and our culture. Images continuously seeks to entertain, educate and engage the community with quality programming, while maintaining its dedication to independent film and media. The Cinema serves organic popcorn, real butter, locally-made baked goods, and naturally sweetened sodas, as well as traditional concessions fare. Images Cinema is supported in part by the Massachusetts Cultural Council, a state agency and is located  at 50 Spring Street, Williamstown, MA. www.imagescinema.org