The Ripple: Rivers Near and Far

Posted on January 25, 2016 By Hilltown Families 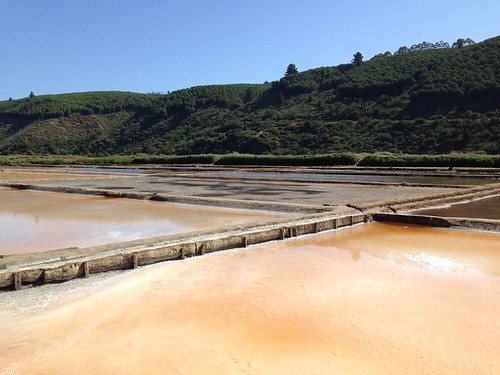 Rivers are everywhere, and one of the joys of paying attention to them is—if you let them, they bring you places far from what you have left behind. Sometimes that new space, that new place to wander, is exactly what is needed, for there the unexpected can find you, and in finding you, can awaken you to the multiplicity (and miracles) of worlds there are on our small, living planet. In this post, I am taking you to a river new to me, far from those who are my friends and teachers in Western Massachusetts…

Found in the middle of the long stringbean that is Chile, the Estero de Nilahue is a medium sized river that empties into the Pacific Ocean, south of the small and delightful city of Pichalimu, which is world-famous for its surfing. (I am here helping Superfun Chile to create outdoor “field environmental philosophy” classrooms.) An estero is what we call a brackish river which means that its fresh water, flowing from mountain heights, mixes with salt water, that is introduce from the sea.

Our Connecticut River is brackish at its mouth, and is so for many miles, all the way to Haddam it is said. Many species of plants, birds, fish and invertebrates require this mixing of fresh and salt water.

I’m new to Estero de Nilahue, so I am unable to account for the creatures who live there; but what drew my attention was the salt works the Chileans have had there for hundreds of years, ever since the Spanish began colonizing this biome. Salt is a precious commodity, far more precious than we realize because it seem to simply appear in our kitchen. For people without access to a supply, however, salt becomes as important as water, because without it our bodies have difficulty metabolizing nutrients and staying hydrated. The first Spanish, it is said, were suffering extremely as they explore the coast and proclaimed it a miracle when, in the Estero de Nilahue, they found piles of dry salt piled along its riparian edges. This resource was so valued that a road was constructed hundreds of miles, all the way to Santiago, so it could be transported to people who were establishing the agricultural basis for the empire.

Today, hard-working artisans continue to make salt the way the Spanish did, in small, shallow rectangular drying-ponds that extend into the estuary (see picture above). It can only be made once a year. Until summer arrives, the fresh water flows too strongly for the sea water to enter. As the headwaters begin to slacken, the sea water enters—but the salt makers wait for the perfect moment. The moon must be full so the inrushing tidal swell is as high as it can be, and there must be a strong south wind to help push that tide onto the drying flats. When the salt water covers the pools, the pools are quickly dammed. Then the long slow process of evaporation begins, and the artisans’ job is to rake out any impurities as soon as they see them.

It’s a very simple process, I suppose, that lacks grandeur and struggle. Perhaps that is what expresses its virtue, though. When I visited I felt a symbiosis of natural process and human activity that was harmonious instead of antagonistic. And when I tried the salt its taste was explosive in a delightful way, first, because of mineral purity which seemed to catalyze an immediate physio-chemical change (as if it went straight into my bones) and second because it carried an essence of the living biome with it, an unique and pleasant side-flavor. Finally, the experience made me appreciate the “old ways” of humans inhabiting the earth, drawing from nature only what we need, and leaving the rest for all the other creatures to use. Muchos gracias, Estero Nilahue!