Hilltown Families on Mass Appeal: Ringing in the New Year

Posted on December 30, 2015 By Hilltown Families

Hilltown Families and Mass Appeal (a weekday, hour-long lifestyle program on NBC) have teamed up to offer a live monthly segment on WWLP 22News!  Each month, Hilltown Families’ Founder & Executive Director, Sienna Wildfield,  joins Mass Appeal hosts to talk about ways to engage in your community while supporting the interests and education of your children (and yourselves!).

This monthly segment continued on Monday, December 28th, 2015 with Sienna and Ashley talking about value-based ways of celebrating the new year with community celebrations and traditions that strengthen a sense of place: 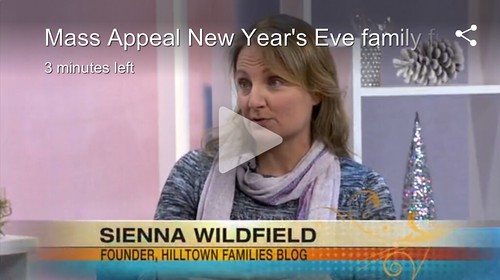 Mass Appeal is a live weekday program that airs at 11am on 22News (Springfield, MA).

Our next visit to the Mass Appeal studios will be in January 2016!