The Good Life: The Importance of the Journey

Posted on December 30, 2015 By Hilltown Families 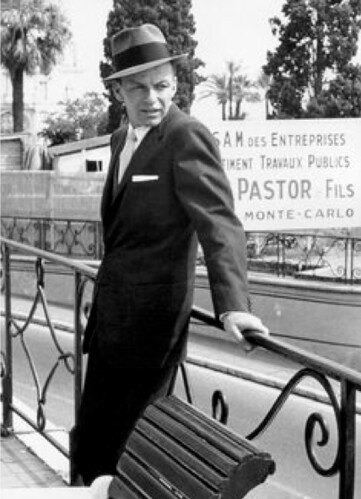 My dad arrived at the Hartford airport five days ago from Wisconsin. This is no small thing for a man who abhors spending money and relishes the well-worn comfort of his only home of the past 46 years. Dad is 76, and a true gentle-man from a bygone era. He wears a black fedora when he goes to church or a funeral. He looks a little like Frank Sinatra. What makes his 1,000 mile trip even more herculean is that he cannot speak. A stroke wiped out his ability to write or communicate his thoughts with any of his former eloquence seven years ago, shortly after my mom died. His fate is both lucky and cruel; His intellect is intact, and he still has a head for numbers, but his words are locked in a room for which the key has been lost.

He worked doggedly to recover from the stroke by going to speech and occupational therapy daily for three months. With my mother gone, my Aunt Nan took her little brother into her home until he relearned how to use the microwave, write checks, and eventually drive his car. The first thing he did upon returning to his home was mow his lawn. I was scared for him, and tread carefully wanting more than anything to restore his independence so he could really live. Yet I sorted his medications and managed his appointments unsure of what he still knew. I took him for a timed test to check his reflexes, and we stood behind a man his age at the DMV who couldn’t pass the test to renew his license. I cringed bearing witness to that man’s bitter loss as he was turned away, and was terrified my dad would face a similar fate. Yet, he passed with flying colors. My family and I later moved from Wisconsin to Massachusetts, after a complicated twist of job fate led us here. I left my dad.

He can come up with a word or two at a time, so knowing him as I do, we regularly “talk” on the phone. Dad prompts me with a word, and I fill in the blanks with where I think his mind may be going. It works okay, even well, when he is rested and I remember to still my own thoughts so I can read his. I imagine his life an elaborate daily exercise in charades. The remarkable thing is, almost everyone is willing to play. The ladies at the grocery store, the pharmacist, the neighbors, everyone. Now that he is visiting me, there are new players. The kind woman at the fish market, the talkative man eating breakfast at Outlook Farm, the jovial food service manager at Amherst College, all communicating with my dad in a way that makes me believe that they truly value Dad’s dignity as I do.

His loss has given me things. I know now that language and intellect are independent of each other. I apply this notion to my work at the College where David is the custodian on my floor. He too, struggles with language, English language, but it does not affect our ability to be friends. He, like my dad would like to say more and do more and it is their intense desire that makes me reflect on my own good fortune. Years ago, Dad’s neighbor-friends used to pointedly question my judgement in “letting” my dad live alone, drive, then eventually fly. Since then, they have lost their own spouses and some of them are living in nursing homes. Some have passed away. My dad will occasionally say, “I’m lucky.” Sometimes he says it with sarcasm, other times with sincerity. But someone famous said luck is simply where preparedness meets opportunity. My dad is prepared to be brave, not only for his benefit, but for mine. I will never stop wishing things could be easier for him. Maybe we could live closer. Maybe I could help him more. But maybe “help” gets in the way of someone else’s preparedness, and dependence opposes opportunity.

Dad will have flown home before the New Year. I will worry constantly from the time I lose sight of him at the airport security gate until my phone rings upon his arrival. He and I both know his trip home is fraught with potential misfortune. But we also fully realize the importance of the journey.