Posted on December 2, 2015 By Hilltown Families 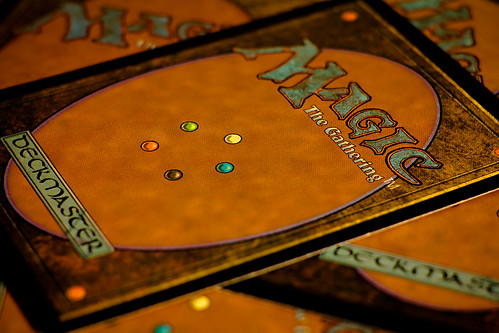 Serving as a continuation of innate childhood creativity, comics and role-playing games offer maturing tweens and teens the opportunity to exercise imagination and creativity within complex structures. Comics challenge readers’ ability to combine textual and visual elements for understanding, while role-playing games challenge players by containing creative story-telling to a pre-existing structure. Families can utilize a handful of community resources to pursue these interests!

As children grow and move through the early stages of human development, their innate creativity runs wild, allowing their imaginations to know no bounds. Children are expert storytellers and clever artists. But sometimes this creativity gets lost as children move towards the adolescence and early adulthood – as children mature, they sometimes outgrow the creative outlets that they once enjoyed.

Serving as filler for the hole created by the outgrowing of childhood creativity are comics and role-playing games, both of which serve as a more complex form of creative storytelling for older children, teens, and adults. Comics and role-playing games touch upon the fantasy-driven storytelling that is a hallmark of childhood, but put this practice into a much more sophisticated structure. Comics offer complex stories that weave real-life with fantasy in engaging narratives in a format that uses both textual and visual elements – making them appealing to and engaging for creative readers. Readers of comic books (and their graphic novel cousins) not only read words, but take cues from the visual elements included – engaging their abilities to comprehend language and visual cues simultaneously.

Similarly, role-playing games tap into the players’ creative genius by allowing for the creation of unique, character-driven stories within a predetermined structure – offering a grown-up take on childhood games of make believe. Rather than inventing an entirely original story, participants in role-playing games work within a pre-existing narrative to move characters through a storyline based both on their own choices and the rules and structure of the game – engaging in an activity that combines both creative storytelling and the understanding of a complex system.

Teens (and perhaps tweens) interested in channeling their creativity through comics and/or role-playing games can utilize local resources in order to further their passion. A handful of local comic and games stores offer not only a wide selection of comics and games for purchase, but opportunities to take part in role-playing games and to connect with the local gaming and comics communities.

♦ In Northampton, Modern Myths offers a full calendar of ongoing events alongside a variety of special gaming and comics-related opportunities. Highlights of Modern Myths’ ongoing offerings include Magic: The Gathering games on Friday nights from 7-11pm, board game nights on Saturdays from 7-11pm, and role-playing campaigns (ongoing games) on Thursday nights from 7-11pm. Modern Myths also hosts special game nights for women (scheduled periodically and listed on the store’s online calendar), as well as a monthly Queers in Comics and Games discussion group held every third Monday from 7-9pm.

♦ Amherst‘s Worlds Apart Games offers a unique take on a gaming store – it’s the first volunteer-run and collectively owned store of its kind! In addition to selling games, Worlds Apart serves as a hub for gaming and creativity, hosting numerous ongoing weekly events. A highlight of Worlds Apart’s calendar is its three nights of Magic: the Gathering – Wednesdays from 6:30-10pm, and 7-10pm on Thursday and Friday.

♦ Comics N More, located in Easthampton, offers both gaming opportunities and a wide selection of comics and graphic novels. Gamers can enjoy board games on Sundays from 4-6pm or Magic: the Gathering on Fridays from 6-9pm, as well as occasional special events including art exhibits on display during Easthampton’s Art Walk.

♦ Hadley‘s Off the Wall Games specializes in card games, but also offers traditional board games and hobby supplies in addition to its ongoing gaming events (including bi-weekly Magic: The Gathering tournaments!).

While most gaming events require participants to pay a fee (which is often turned into store credit), teen and tween players still stand to learn lots. Creativity, communication skills, collaboration, and cooperation are all essential to successful play – and are skills that are useful in the real world, too!