Our Growing Roots: Beyond Pumpkin Pie

Posted on October 7, 2015 By Hilltown Families 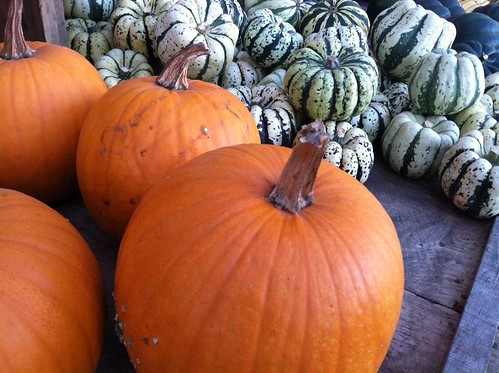 There aren’t many things I love more than autumn in New England. The crisp air, brightly colored leaves, and oversized sweatshirts provide the perfect backdrop to this amazing time of year. Now we can’t talk about fall without mention of the most synonymous symbol of the season – the almighty pumpkin. They’re everywhere, and they’re used to make everything from coffee to pancakes to pie.

I think it might be against the rules to be a New Englander and admit that you’re not a huge fan of pumpkin flavored anything, but I’m guilty as charged. Besides being a matter of personal taste, I don’t have a strong argument against them. In fact, I do love to pick, paint, carve and decorate with them – essentially anything but actually eat them. As I began to think about it, I realized it’d been years since I’d even tried one. So, in my search for the deeper connections in everyday things, I decided to recruit the kids and give this seasonal favorite another shot. 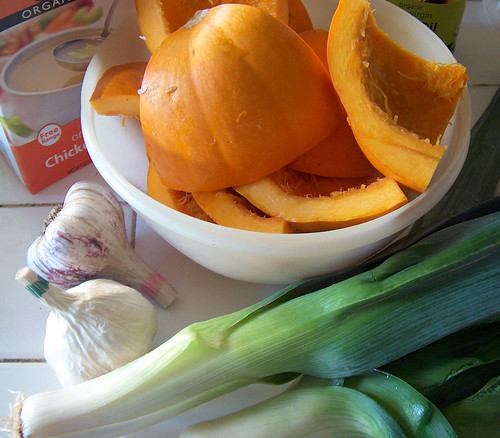 Always eager to get their hands dirty, my daughters chose the two biggest pumpkins they could find and we settled at the kitchen table to begin our experiment. After we’d scraped out the insides and tossed the “gooey stuff” back into the garden for fertilizer, we chopped and roasted until we had crisp salty seeds and enough pumpkin puree to feed a small village. As I scoured the internet for recipe ideas, we snacked on the seeds which my kids said “taste sort of like popcorn.” I added some raisins and nuts to my portion to make a trail mix. Part one was a relative success, but I was still not sold.

So we settled on simple recipe of pumpkin soup, which I was afraid would taste more like a dessert than an actual dinner but we paired it with salad and gave it a go. The biggest joy was watching the girls describe to my husband the process of making it, from start to finish, every detail and every ingredient. Then it was on to the second course – pumpkin lattes! My husband has been searching for a true pumpkin latte for a few weeks now with minimal triumph. We made ones with coffee for the grown-ups, and then an awesome kid-friend version without it. If you haven’t tasted the difference between pumpkin-flavor and actual pumpkin, I highly recommend it. These lattes were nothing short of amazing. Part two was deemed a mega success. 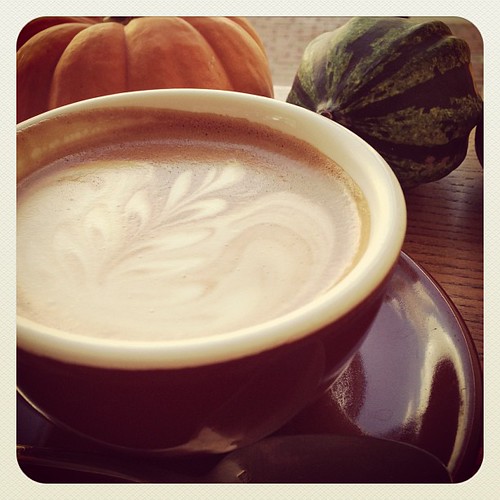 And while I’m still not pumpkin’s biggest fan, I certainly appreciate them more than I used to. They’re a little challenging to work with and a bit messy, but with that comes a little extra teamwork and a whole lot of creativity (there’s still a few pounds of puree in my fridge so creativity is a must!). What’s most important isn’t whether or not we like a particular food, but it’s about our connection to it. The hours of conversation and quality time that this experience gave to my family was well worth it, even if the taste-test had been a zero success.

Here are the recipes that we used in our kitchen, and I hope you enjoy them as much as we did.

Cheryl lives in Western Massachusetts with her husband and two daughters. In addition to freelance writing, she works as a private practice Mental Health Counselor in Chicopee. Cheryl is passionate about local and organic food. In 2012, she founded GMO Free Massachusetts, a grassroots organization designed to educate consumers about the benefits of an organic lifestyle while empowering people to make informed choices. Cheryl is also an avid theater-goer, a passionate writer, and aspiring playwright.