High Tech Planetarium Takes Us to the Stars

Posted on September 29, 2015 By Hilltown Families

Williams College in Williamstown, MA, invites families to experience the wonders of our universe at their Milham Planetarium, located inside the Old Hopkins Observatory at Williams College. Astronomy students at the college will host free shows for the public on Friday evenings at 8pm, October 2, 9, 16, 23, 30; November 6, 13, 20; and December 4, 2015 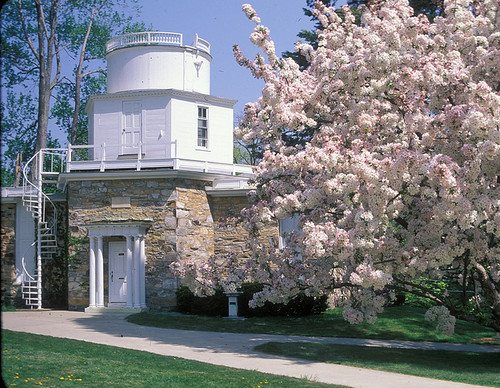 The Hopkins Observatory, built in 1836-38 by the first professor of astronomy at Williams College, Albert Hopkins, is the oldest extant observatory in the United States.

Audiences will be treated to shows from the high-precision Zeiss Skymaster ZKP3/B opto-mechanical planetarium projector, installed in April 2005.

The Zeiss Skymaster is capable of demonstrating phenomena including: retrograde motions of the planets, phases of the moon, the varying temperatures/colors of stars, locations of neighboring galaxies, the mythological figures and zodiacal signs ascribed to constellations, the southern hemisphere’s sky, comets, artificial satellites, and much more.

The Hopkins Observatory, built in 1836-38 by the first professor of astronomy at Williams College, Albert Hopkins, is the oldest extant observatory in the United States. Shows will last about 50 minutes.

For reservations (recommended) contact Michele Rech at 413-597-2188 or email mcr4@williams.edu. Others will be admitted as space permits. Large groups should call for special appointments.

The Hopkins Observatory is on a small hill on the south side of Main Street east of Spring Street in Williamstown and just east of Lawrence Hall Drive, on which planetarium patrons share parking with the Williams College Museum of Art.  A campus map showing the Hopkins Observatory’s location can be found on the www.williams.edu/map or at 829 Main Street, Williamstown, Mass., in http://maps.google.com.