PARENTS’ NIGHT OUT: Jonny Lang at the Calvin Theatre in Northampton

Posted on September 27, 2015 By Hilltown Families 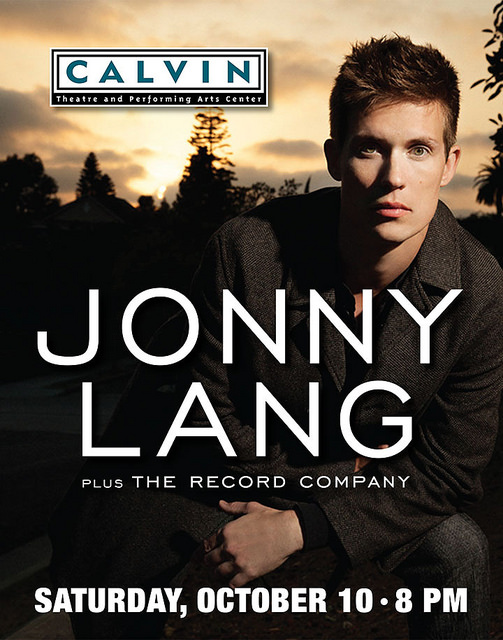 Enter for a chance to win one of two pairs of tickets we’re giving away to Jonny Lang plus The Record Company at the Calvin Theatre in Northampton on Saturday, October 10th, 2015, at 8pm. Deadline to enter: 10/4/15. Details below.

This week we currently have two pairs of tickets to giveaway to see Jonny Lang plus The Record Company at the Calvin Theatre in Northampton, MA on Saturday, October 10th at 8pm.

Win a pair of tickets and take your spouse, partner or good friend for a night out. This concert series is also a great opportunity to expose older children with audience skills to music from around the world. Deadline to enter to win: 10/4/15 @ 11:59pm (EST). Enter for a chance to win!

Almost two decades ago, an unknown teenage blues guitarist named Jonny Lang was thrust into the mainstream spotlight. Lang, who grew up in North Dakota and began playing the guitar at age 12, found himself on MTV at 16, promoting his 1997 major-label debut album Lie to Me and opening shows for Aerosmith and the Rolling Stones and then, a legendary mentor stepped forward: B.B. King. The elder statesman took Lang on tour and took the kid under his wing. Lang, now 34, played many gigs through the years with King until the performers death in May. The musical part of it was there, of course, but the biggest thing I took away was how he treated me. Respective differences in race, geography and upbringing didn’t diminish in their sharing of blues music. Lang has a keen sense of what he aims to achieve creatively, what music means to him, and is focused on the impact that his songs bring to the lives of those that encounter his repertoire. With his latest album, Fight For My Soul, the maturing songwriter has found his true voice. – www.jonnylang.com

We’re giving away two pairs of tickets. Your chance to win a pair of tickets to see Jonny Lang plus The Record Company at the Calvin Theatre in Northampton, MA on Saturday, October 10th at 8pm is easy & simple! To enter to win simply fill out the following and we’ll randomly draw two winners from all who enter (one entry per household).

One Comment on “PARENTS’ NIGHT OUT: Jonny Lang at the Calvin Theatre in Northampton”