Posted on September 22, 2015 By Hilltown Families

Luckily for literature lovers, western Massachusetts is a treasure trove of opportunities to engage in community-based learning about literature, literary history, and the process of creating writing that is inspired by a local community or the local landscape. Made up of landmarks, historic homes, museums, trails, and real-life human beings, western Massachusetts’ connections to the world of literature are strong. 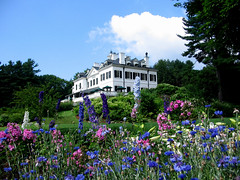 Home to beautiful hills and winding rivers (with quaint towns nestled amongst them), Massachusetts’ Berkshire region has been a favorite locale for artists and authors alike for centuries. Among the most notable literary greats to call the Berkshires home is Edith Wharton, whose self-designed home The Mount now serves both as a monument to Wharton’s career and as a year-round cultural center. Located in Lenox, The Mount offers opportunities to learn about Wharton’s remarkable literary achievements (40+ books in 40 years and a Pulitzer Prize), experience art and cultural events, and to learn about life in the early 1900’s.

Further south in Great Barrington, the work of W.E.B. DuBois is remembered at the W.E.B. DuBois National Historic Site. While DuBois’ work isn’t literature, he stands out in history as the founder of both the NAACP and the Niagara Movement, and his written works were not only ahead of their time in terms of theory, but were seminal in bringing the issue of race to the forefront of the American consciousness during 20th century. Visitors to Great Barrington can explore the W.E.B. DuBois Homesite or engage in a self-guided walking tour of landmarks and landscapes that played a significant role in DuBois’ life.

William Cullen Bryant stands alone as the Hilltowns’ major contribution to American literature. Born in Cummington, Bryant became an accomplished poet during the early 19th century, and much of his work reflects the deep connection to the Hilltown landscape that he developed during his childhood. Bryant’s boyhood home, now preserved as the Trustees of Reservations’ Bryant Homestead, offers seasonal opportunities to explore the historic home and year-round opportunities to hike through the woods that inspired Bryant’s poetic love for nature. Trails at the Bryant Homestead are dotted with plaques from which adventurers can read Bryant’s poetry while immersed in the very surroundings about which it is written.

The Pioneer Valley is filled with historic homes, local landmarks, and other venues through which families can explore the area’s connection to American literature. In Amherst, the Emily Dickinson Museum honors the work of the famed 19th century poet who is known both for her incomparable writing and her questionable mental health. Owned by the Trustees of Amherst College, the Emily Dickinson Museum is made up of two houses, both of which were once occupied by Dickinson and her family members during the 19th century. Visitors to the museum can explore both the Homestead and The Evergreens on guided tours, and can deepen their understanding of Dickinson’s enduring relevance. 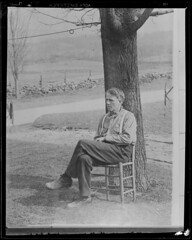 Nearby the Emily Dickinson Museum is Amherst‘s Jones Library which houses an incredible special collection of Robert Frost’s works. Winner of four Pulitzer Prizes and one of America’s most well-known poets, Frost once dedicated a volume of poetry to the Jones Library, the director of which at the time (1959) was a close friend of his. Thanks to Charles R. Green, the library is now home to an extensive collection of Frost’s work, both well-known and hard-to-find. While Amherst was never Frost’s home, families can explore his role in American literary history using materials from the library’s collection.

In Northampton, Sylvia Plath’s alma mater Smith College offers a beautiful campus within which to imagine the 1950’s college experience of a young Plath. The college, which also serves as the setting for much of Plath’s The Bell Jar, was Plath’s young adult academic home and eventual employer during much of the 1950’s. Visitors to the campus can stroll along paths leading between ivy-covered academic buildings to locate Wesley-Haven and Lawrence Houses, the residences that Plath once called home.

In addition to the historic homes and literary landmarks dotting western Massachusetts, families can find further resources in the form of local authors, suggested reading lists, and guides for reading and learning from contemporary young adult works. In Leverett, families can explore Rattlesnake Gutter Trust’s Poetry Boxes, which dot Leverett’s trails and offer hikers with a place to share words that reflect their experience and to read the reflections of others – much in the style of William Cullen Bryant.

Additional literature-related resources include Northampton’s Forbes Library‘s extensive online list of local authors which can be used by families to deepen the connection between reading and local communities. Hilltown Families columnist Cheli Mennella’s column Open Sesame: Kid Lit Musings and Reviews often spotlights newer works of fiction for young adult and teen readers, while our Summer Reading Resource series offers families literary guides to juicy picture and chapter books so as to support readers’ literature-inspired learning. Titles for older readers that have been included in the series are: