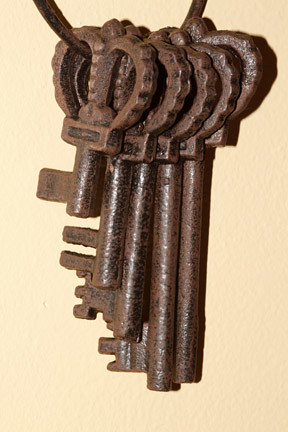 “I did then what I knew how to do. Now that I know better, I do better.” ― Maya Angelou

As many of you know, my 18 year son is currently incarcerated due to his battle with addiction. Most of us know that as parents, when our children fail, we turn inward, we regret, and if we have any conscience at all, we analyze and analyze and analyze ad nauseum what we did to contribute to the downfall of the children we love. I am no different. As Son2 struggled and drowned in alcohol and drugs, I drowned in guilt and panic and soul-aching regret.

And while this kind of work has been fiercely private, there is this woman who lives in my small town, who knows nothing of who I am and even less about my son, but who inexplicably thinks that she knows exactly what it is that I did to contribute to my child’s demise. If you listened to her talk or if she wrote you a letter on the subject, she’d tell you that it was because I was too permissive. She’d say that I let Son2 get away with it all–the lying, the drugs, the partying, the ditching school–all of it. If you believed her, she’d tell you that I didn’t parent one iota, if you listened to her.

Normally, her opinion wouldn’t matter. After all, I long ago made a promise to the universe that I’d never give credence to the self-righteous ramblings of the ignorant. However, this time, her opinion makes me chuckle because, well, because it is so incredibly wrong. So wrong that it’s EXACTLY the opposite of what I did to contribute to the mistakes of that son of mine. Of course, no one would know that because, as I said before, that part of my motherhood journey, the things that I take responsibility for when it comes to Son2, has remained private.

And it got me thinking, I have always written honestly about my faults and mistakes as a mama. I have received so many, too many to count, messages from other parents who have said, “me too” or “thanks for the warning.” These “we’re-in-this-parenting-thing-together” connections have always been my raison-d’etre for this column, for my blog, for all of my writing. Why has this parenting moment been different? I guess it’s because the shame is so great. So very great. I am a mother and I didn’t do best by my child. I made mistakes and those mistakes combined with many others from many other humans helped to cause a demise of great consequence. It is a heavy weight and perhaps writing it down seemed just too much for these key-tapping fingers to bear. But, what I have learned in this last year about parenting and consequences may just help others, and that would make this anguish just a little bit less. I don’t want to think about all my mistakes but someone just might be able to see themselves in me. So I’ve velcroed on my bravery suit today in order to share the great bit of wisdom that I have dug from the mire and muck of this horrendous year.

Here’s the thing, it wasn’t permissiveness that I procured on Son2 that sent him down the drug and alcohol path. To be clear, permissiveness and entitlement were most definitely part of the equation, but not my part. No. My part was the opposite of permissiveness and I am convinced was as harmful of a parenting choice as the former. Instead of being permissive, I controlled. I was as much a control freak as I could possibly have been in every situation no matter what. I controlled what he wore, what he said, where he went, what friends he hung out with, what food he ate, what time he went to bed, when he did his homework, what he did on the weekends, how he spent his free time, what he shared with people and what he didn’t share. I would not negotiate; not one bit. It was my way, always my way. The message I consistently sent was that he was not capable of making any decisions. In fact, since I said I’d be completely honest, I think that my messages to him may have even sounded something like this: “If you make the decision it will be wrong. You will only eat junk food, you will never go to sleep, you will choose thugs and derelicts for friends, you will skip school, you won’t do your homework, you will make every bad choice you possibly could, in fact, you’ll end up being a criminal if I don’t keep my thumb on you as tightly as I possibly can.” Yes, sadly, I think my control sounded something like that. What’s more, the very moment that Son2 showed any signs of stepping outside that control, of making a mistake or bucking a system, I would punish. I would glower. I would pontificate how very right I was about him not being the kind of kid who would choose wisely.

And guess what? He began to rebel. He’d eat all that was bad for him whenever I was out of earshot. He’d lie about homework, friendships, where he’d been. He tried to take control in any way possible. And you know what? Who could blame the kid?? But I couldn’t see it back then and so the more he rebelled the tighter I held onto the parenting reigns. I just couldn’t let go of them no matter how tired my grip was becoming. My need to control, my lack of trust drove a wedge between us that became a mile-wide canyon. And when the moment came where he had a choice to stay with the controlling mama or live where there were FAR less rules, he bolted as fast as he could to a place that wasn’t suffocating.

Mamas, Papas, ask yourself. Are you controlling as a parent? Maybe not as controlling as I was, but, are you? Even if it is in just a little bit controlling, Dr. Dan Neuarth, an expert on over-controlling parents, says that children raised in this manner are less satisfied as adults and are easily angered. They often lose themselves in relationships because they put the others needs before theirs. Children of controlling parents have a hard time relaxing, show more signs of addictive behaviors, have harsh inner critics and rarely feel proud. And speaking from experience, both as a controlled child and subsequently as a controlling mama, those that you are controlling will find a way to do those things and in doing so will become really good at hiding, sneaking and lying. If you control what they eat, they will eat in secret. If you control the way they dress, they will find a way to dress in a manner that is the exact opposite of the way you’d wish. If you refuse a relationship, they will sneak time with the very people you don’t want them to be around. Mamas and Papas, being controlling will bring about the very results you are trying to stop. This I guarantee.

So what should we do instead? Well, luckily I am learning that helping our children make informed decisions fosters responsibility. Reading them facts about the possible side effects of say red dye and then asking your child what they think will help them make better decisions in the long run. Biting our tongues helps as well. I try to follow the “will this matter when they are 70 rule.” For instance, lately my daughter has taken to mixing busy prints with busy prints. Her outfits sometimes hurt my eyes. But she’s so proud of her independence. Correcting her would kill her spirit and I am not sure that an outfit really warrants that. Then, of course, there will be times in which choices made can be dangerous or hurtful. When it comes time to assert yourself as a parent; “No! You may not ride down that hill without your helmet!” Your voice, your request will be taken much more seriously. Think about it. Instead of that command being lost in a litany of demands that the child hears day-in and day-out, he or she will know that we are serious because we rarely demand or insist. And truly this is the most miraculous part of being less controlling.

I will never be able to take back those years of utter control and that is a pain that will remain with me for a lifetime. But my idol, Maya Angelou, reminds us that when we know better, we do better, and that is what I intend–to do better. After all, the only thing I can really control is myself and being better each and every day is the only viable option. The alternative, perhaps to be more like that infamous letter writing lady from my small town, is just not something in which I’d ever want to aspire.