Under the Hat: When Sound Crosses Borders

The Universal Language of Dogs 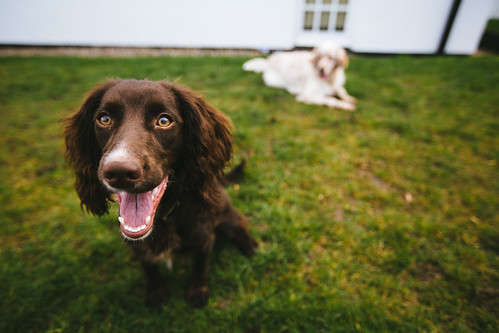 Dogs all over the world understand each other, instantly! This universal language can be found in music too, crossing cultures and facilitating communication without barriers. Knowing how to play music can cultivate a sense of cultural appreciation and connection, building a bridge of cooperation and joy between people without the need for spoken language.

I’ve been a professional musician for thirty years, but it wasn’t until I started collaborating with artists from other countries and cultures that I finally understood the old cliché that music is a “universal language.”

I’m currently recording an album of original songs for a new bilingual album called, Los Animales. Part of the fun of making the record is working with great musicians from different parts of Latin America. Yesterday I was in a studio in Los Angeles with my friend Mari Nobre, who is a wonderful Brazilian singer. Over lunch we started talking about the different sounds we have for the way dogs bark in English and Portuguese. While we say “woof woof,” in Brazil they make a sound like “au, au.”

This realization led to a conversation about how dogs all over the world understand each other instantly. We concluded that there’s a universal language of dogs, which enables dogs to communicate and interact instantly regardless of where they’re from.

Music functions in a similar way for musicians from different cultures who speak different languages. It’s a remarkable and wonderful experience to create art with people who don’t speak your language, but who can communicate fluently through the language of music.

There are so many well-researched studies extolling the benefits of music exposure and education for children. Ultimately, the most valuable aspect of teaching kids to play music may be creating access to a sense of greater cultural appreciation and communication. In a world where the lack of understanding between cultures can lead to so much conflict, it’s a powerful contrast to have music function to a build a bridge of cooperation and joy between people without the need for spoken language.

← The Art of Eric Carle: Bees, Butterflies, and Other Bugs
Time to Talk: Understanding & Helping Children Who Stutter →