PARENTS’ NIGHT OUT: Win Tickets to see Lyle Lovett & his Acoustic Group at the Calvin

Posted on October 22, 2014 By Hilltown Families 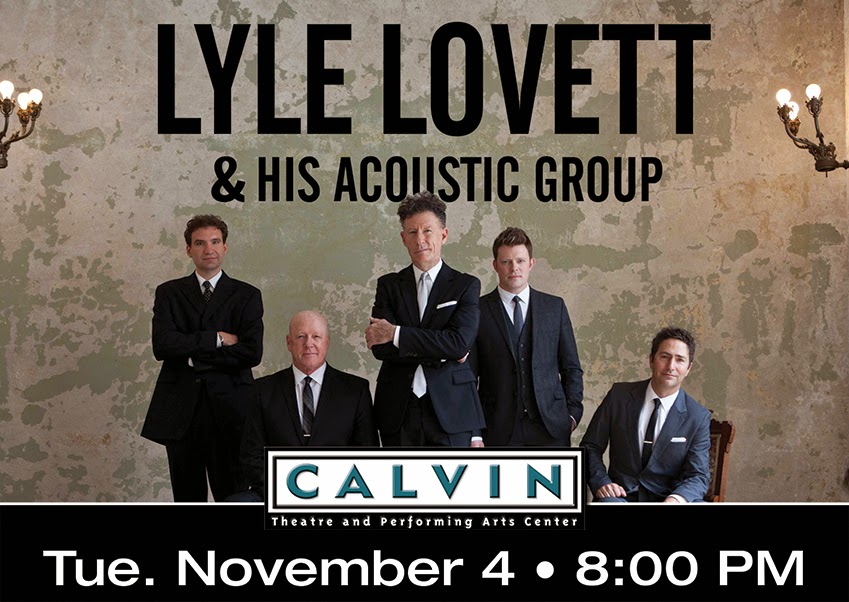 Continuing our fall promotions, we are pleased to offer a chance to win one of two pairs of tickets to see Lyle Lovett & his Acoustic Group, at the Calvin Theatre in Northampton, MA at 8pm on Tuesday, November 4th, 2014.

Win tickets and take your spouse, partner or good friend for a night out. Deadline to enter to win is Thursday, 10/30/14 by 11:59pm (EST). More details below.

A singer, composer and actor, Lyle Lovett has broadened the definition of American music in a career that spans 14 albums. Coupled with his gift for storytelling, the Texas-based musician fuses elements of country, swing, jazz, folk, gospel and blues in a convention-defying manner that breaks down barriers. Lovett has appeared in 13 feature films, and on stage and television. Among his many accolades, besides the four Grammy Awards, he was given the Americana Music Association’s inaugural Trailblazer Award, and was recently named the Texas State Musician.

Lovett has been touring in support of Release Me since its release in February 2012. The album was #1 for several weeks on the Americana charts. Produced by Nathaniel Kunkel and Lovett, Release Me represents the end of an era as it was his last record for Curb/Universal Music Group after being on the label for his entire career. Release Me is quintessential Lyle, mixing a smart collection of originals and songs written by some of his favorite songwriters that show not only the breadth of this Texas legend’s deep talents, but also the diversity of his influences, making him one of the most infectious and fascinating musicians in popular music.

Since his self-titled debut in 1986, Lyle Lovett has evolved into one of music’s most vibrant and iconic performers. His oeuvre, rich and eclectic, is one of the most beloved of any living artist working today — www.lylelovett.com

We’re giving away two pairs of tickets. Your chance to win a pair of tickets to see  Lyle Lovett & his Acoustic Group, at the Calvin Theatre in Northampton, MA at 8pm on Tuesday, November 4th, 2014, is easy & simple! To enter to win simply fill out the following and we’ll  randomly draw two winners from all who enter (one entry per household).

One Comment on “PARENTS’ NIGHT OUT: Win Tickets to see Lyle Lovett & his Acoustic Group at the Calvin”