The Good Life: Connecting on the Last Days of Summer

Posted on September 8, 2014 By Hilltown Families 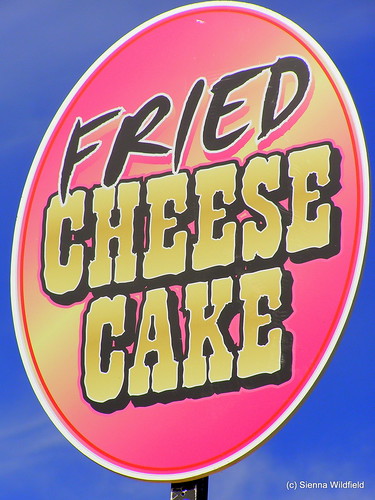 This way for a welcome diversion!

Last weekend, I went with my littlest kids to the Tri-County Fair in Northampton, MA.  It turns out that there have been close to 200 of them, and it is the oldest “agricultural fair” in the Nation.  Being at the fair is a throwback.  Not to a gentler age, but to the inescapable grittiness that has always been part of fairs everywhere.  Sure, some things are different.  In 1816, a person might have eaten beans and ham with corn bread on the midway.  Now people eat fried cheese cake and chocolate covered bacon.  Decades ago, a new showcase food might have been the now blasé ice cream cone. Last weekend I saw caffeinated peanut butter.

We spent money on slushies in swirly cups, “won” 50-cent stuffed animals after spending ten dollars, and saw an arctic fox.  It was hot. We had a terrific time.  You see, we were celebrating the beginning of a new school year.  The earlier part of the day was spent trying frantically to connect with friends and make last minute plans for the final day of summer.  Tensions and anxieties were running high as the kids feverishly recognized that summer was coming to an end.  When it dawned on me that the real reason for their irritation and frustration was time, or really, lack of it, I changed my course.  We stopped talking about the last day of summer, and instead looked ahead to celebrating the beginning of school.  I left my phone in the car because my six year old didn’t want our time together at the fair to be interrupted.  I spent money on things I would normally say no to, and took the time to look at enormous, award-winning sunflowers and tomatoes next to empty vignettes and hand-written judges cards with the word “rotten” cruelly scrawled next to the entrant’s name.   We stopped worrying about connecting and just connected; with each other, just like people have been doing at the Fair since 1816.

The fair was a blessed diversion, which allowed us to press the reset button on the day.  I assured the kids that the next day, the first day of school, would be warm and that they should wear shorts to school if they wanted.  I let them know that their friends could come over to play on the weekend.  I told them we could take their dad to Yankee Candle to make wax hands because he’s never been there, and it is a must before the snow flies.  School is starting, just like it always has in Northampton, but friends are reuniting, the weather is still warm, and the days are still long.  Fall is coming, but not just yet.

One Comment on “The Good Life: Connecting on the Last Days of Summer”