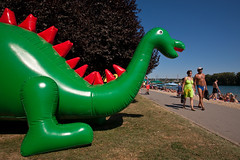 Both Quiñones and Michalik are seasoned photographers, currently living in the Pioneer Valley, but the similarities more or less end there.  Quiñones, a photojournalist who spent several years living in the Balkan Peninsula, was transfixed by the “vivid contradictions–of beauty and decay, tradition and modernity, openness and hostility” that she observed in the region.  She sought to learn more about the people who occupied this “landscape marred by war and…the continued rumblings of territorial disputes,” and immersed herself in the traditions of her neighbors, attending sporting events, regional festivals, artisan craft markets, and even meals in the homes of friendly strangers.  Quiñones was looking for a sense of unity in a place shadowed by conflict and the passage of time; her photographs capture relatable, seemingly ordinary moments and make them special.  Their relatability allows viewers, even those lacking any knowledge of the Balkan Peninsula region, to find some thread of connection, some sense of unity, with people halfway across the world: to tell a story in a single frame.  Balkan Odyssey is a vibrant depiction of the little moments that bind us all, no matter the distance. 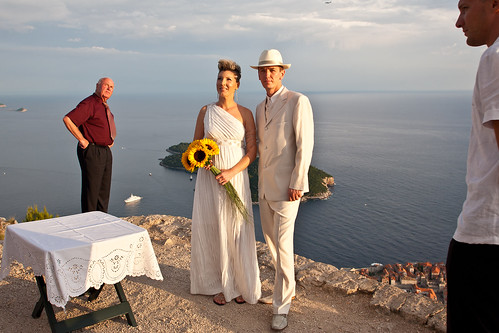 Michalik, on the other hand, is known for his photographs of industrial and urban landscapes.  Rather than focusing on the people living in these environments, his work explores the structures that shape, or serve as the backdrop for, their moments of connection and conflict.  Now a Professor Emeritus of Art at Smith College, Michalik is a long-time resident of Northampton, and his photographs on view this month at Historic Northampton certainly illustrate his familiarity with the area: a series of large-scale color images he took of well-known sites in Northampton in 1989 will be on display along with photographs taken earlier this year of many of the same sites.  A selection of late nineteenth and early twentieth century photographs from the collection at Historic Northampton will also be on display, allowing visitors to trace the emergence of today’s downtown Northampton cityscape through the past two centuries. 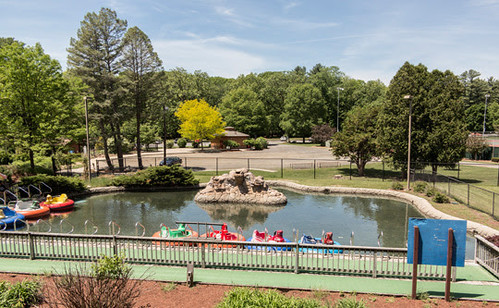 While the regions and subjects photographed by Quiñones and Michalik are unalike in many ways, their documentation of each environment is rooted in a similar philosophy.  By photographing a person, place, or thing, you can capture a moment in time – a moment that tells a story, that perhaps may become part of a larger story later on.  Photography captures life exactly as it appears, even down to the tiniest details, in a way that no other medium can.  This makes it a perfect medium for historic documentation or research.  Even the longest-living Northampton resident would not have been able to witness the changes the city experienced since its official incorporation as a city in 1884 (or before that, when it was first settled, in 1654).  And many of us here in Northampton will probably never have the opportunity to visit Serbia, Croatia, or Bosnia.  But the photographs of artists, historians, and journalists like Quiñones and Michalik allow us to see beyond the confines of time or physical distance and appreciate the differences and similarities in culture, tradition, architecture, cuisine, and more.

If you’re looking for a way to keep your kids entertained and engaged in learning this summer, why not suggest a documentation project?  Challenge them to choose a subject and regularly photograph it over the course of a few weeks, months, etc.  How has the subject changed over the period of time?  How does it feel to look at the earlier photographs and remember what it felt like on the day each photo was taken?  Who might benefit from these photos in the future?  What might look different about each scene in the frame in five, ten, twenty, one hundred years?  And is the truth of each moment clearly visible in the photographs, or will future viewers wonder what was taking place?  What stories might future viewers tell about the photographs?  What might they say about the photographers?

Balkan Odyssey is on view at the ECA+ Gallery now through Monday, July 28, 2014.  Hours: Monday through Thursday and Saturdays noon-6pm.  The exhibition’s opening reception takes place from 5-8pm on Saturday, July 12 in conjunction with Easthampton’s monthly art walk, “Arthampton.”  Stop by while enjoying an evening full of interactive performances and other events taking place all around Easthampton!

Northampton in Time will be on view at Historic Northampton from Friday, July 11 through Friday, August 1, 2014.  Hours: Wednesday through Saturday, 10am – 4pm, and Sundays, noon-5pm.  The opening reception will take place from 5-8pm on Friday, July 11 as part of Northampton’s monthly “Arts Night Out” event.

Historic Northampton also invites you to a public talk at 1:30pm on Wednesday, July 16 entitled “Contemporary Northampton in 2030.”  The talk, given by Carolyn Misch, the City of Northampton’s Senior Land Use Planner and Permit Manager, will discuss the future of the city, including transportation, green infrastructure, open spaces, and urban design.  This event seems more relevant for older students.